He said the certificate, which NECO confirmed on Tuesday is different from the one Ubah, senator representing the district, presented to INEC.
Uzor also faulted the grounds of appeal against the court ruling sacking Ubah as senator.
A federal capital territory (FCT) high court had sacked Ubah on the grounds that he submitted a forged NECO certificate to INEC.
The court asked the electoral commission to withdraw his certificate of return and issue another to Uzoh.
But while responding to an enquiry made by the Young Progressives Party (YPP), Ubah’s party, NECO said the senator’s certificate is authentic and that it was issued to the YPP candidate in 2003.
Reacting in a statement on Wednesday, Uzor alleged that the NECO certificate in Ubah’s possession is not genuine.
He said: “The certified copy from INEC has Serial No 303865920 (note 3038) whereas NECO certified copy has Serial No 303565920 (note 3035).
“A comparison of these two Certificates reveal other differences such as Logo, Font, Signature etc.
“NECO’s clarification has therefore only affirmed the court judgment that Patrick Ifeanyi Ubah submitted forged NECO Certificate to INEC, same having been cloned.”
Below are the two documents. 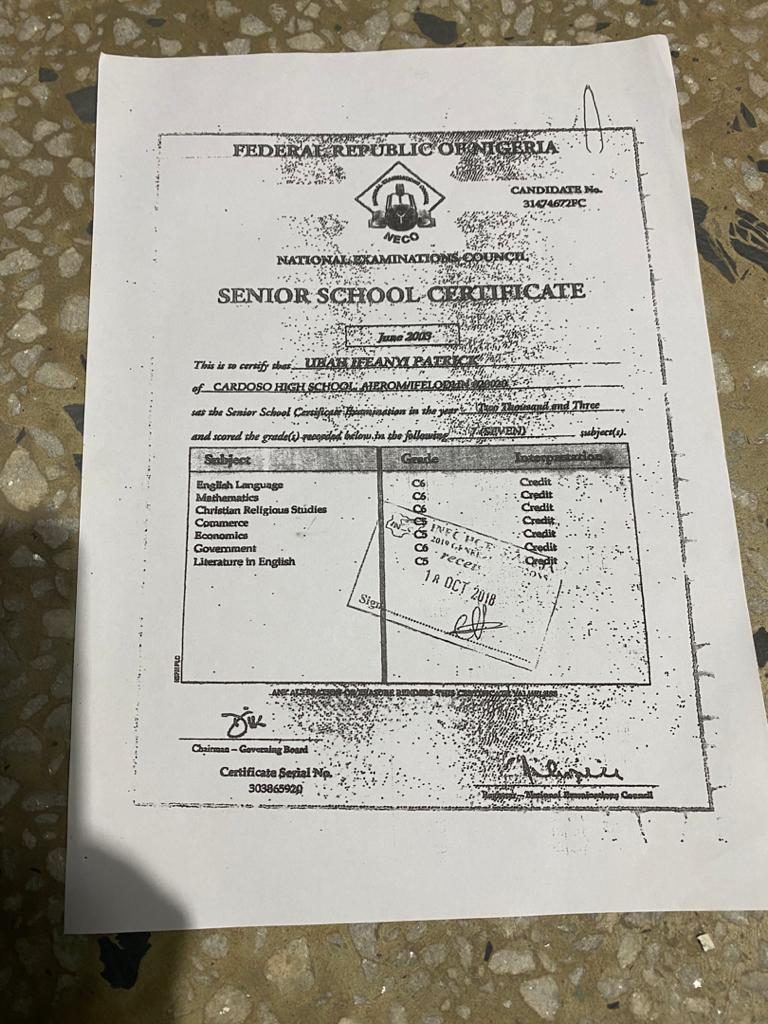 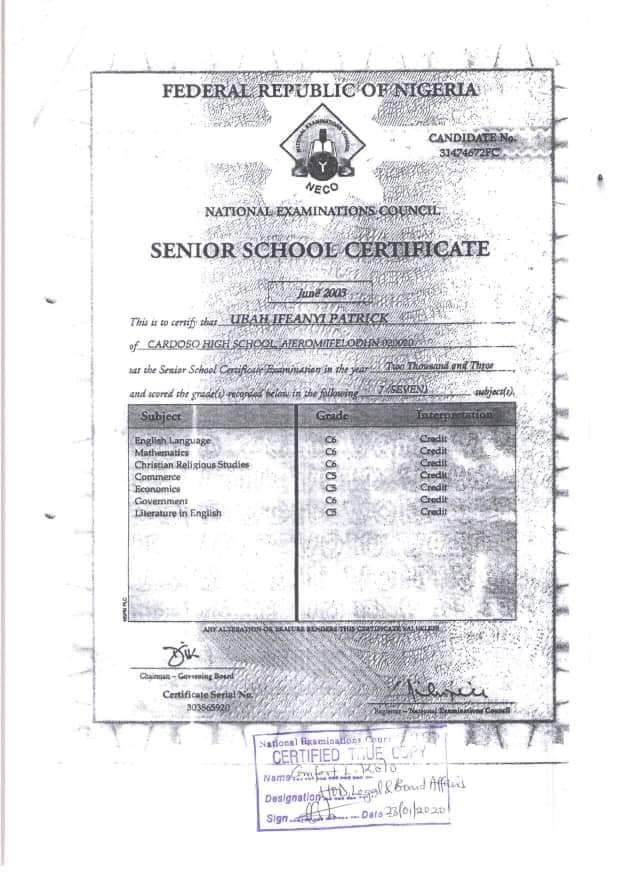 Read the touching Story Of A Blind Horse