Nollywood actress Nkechi Sunday got into a heated fight with some street thugs at a movie set in Abeokuta, Ogun State, on Sunday, April 24, 2022.

News earlier reported Nkechi Blessing had taken to social media to vent her anger after clashing with street thugs.

In the video shared on her Instagram page, one of the thugs had supposedly wanted to fight Nkechi Blessing but was held back by some people, but the actress insisted they should leave the man alone.

Nkechi Blessing described the thugs as jobless street lay about who does nothing but disrupt the movie set.

In a new video, Nkechi Blessing could be seen stoning the touts as she rains curses on them. At a point, she angrily went into her car and hit two of the touts.

Nkechi Blessing also shared a video of one of the crew members injured during the fight stating that the man didn’t even ask for anything but turned off her generator and disrupted her shoot.

She wrote: You came on my set,Turned off my Generator and disrupted my shoot,without asking for anything,and you expect me to still give you money after that? The jobless Twat said his useless wife came to wake him up from sleep that Nkechi blessing is filming in Abeokuta,so he came on purpose..Your body go tell you sha e sure!!! My car I can fix easily but your body go tell you…If you had asked for anything before turning off my gen is a diff thing entirely,I resemble Butty for you eye? Abi dem no tell you say I be Garage girl few weeks ago? 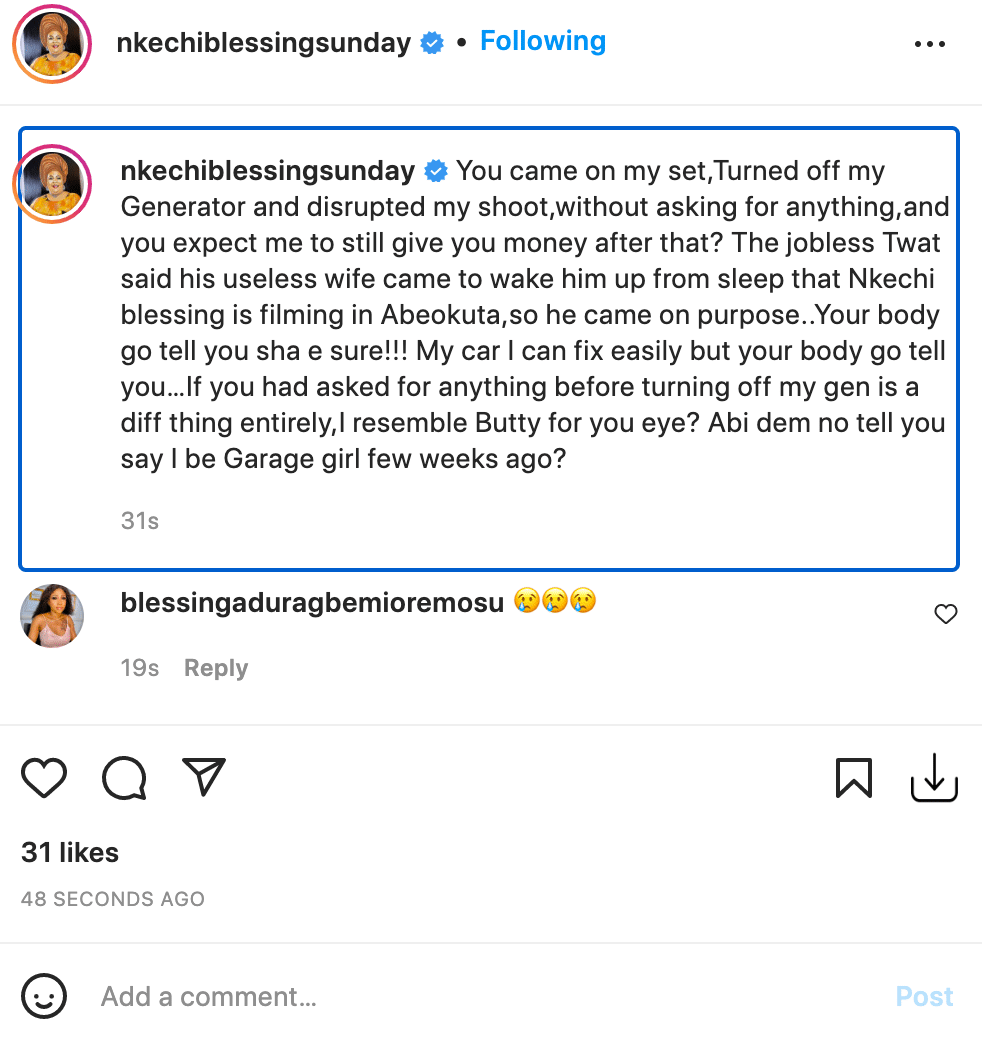