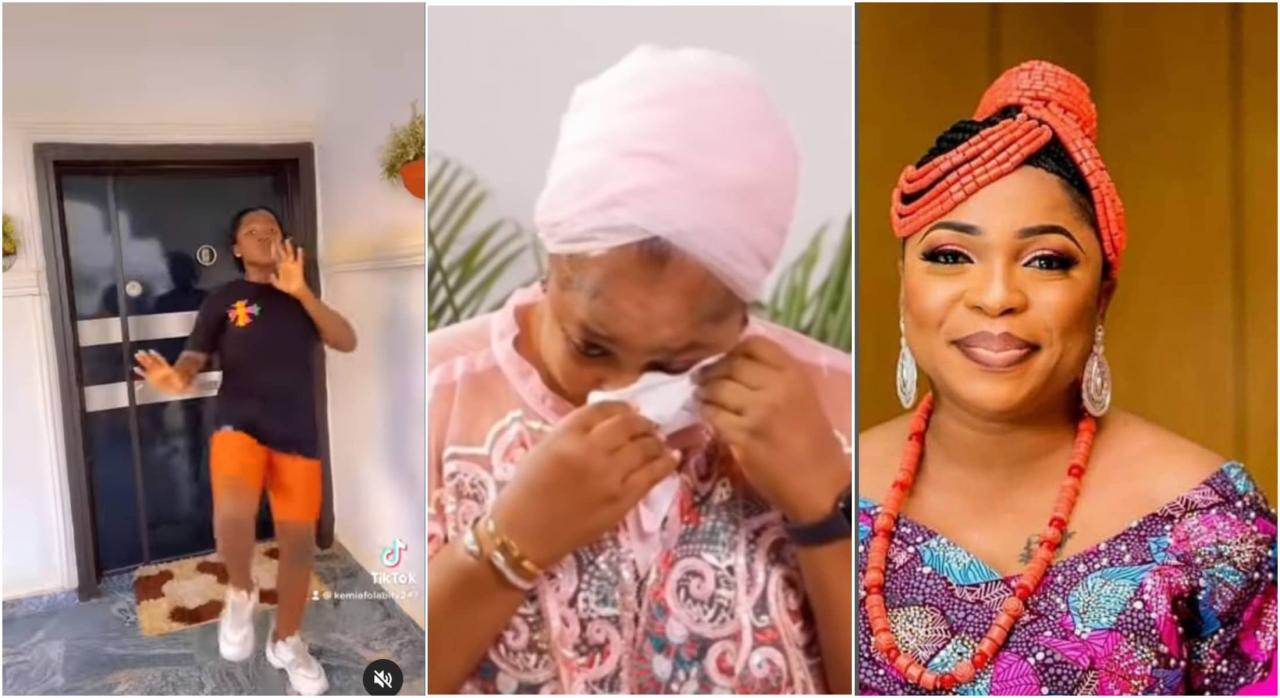 Kemi Afolabi has cried out in pain over her inability to do some things with her daughter following her health challenge.

News reported on March 11, 2022 that Kemi Afolabi had opened up on suffering from Lupus.

In the interview with media personality, Chude Jideonwo, the actress revealed that she had been diagnosed with lupus and she had just five more years to live.

Taking to her Instagram page a few hours ago, Kemi Afolabi shared a video of her only daughter Darasimi showing off her dance steps.

According to Kemi Afolabi, she ought to have joined the daughter to engage in the TikTok video as she has outfits and sneakers but does not have strength.

She wrote: Get entertained this weekend with this blockbuster love drama. Daraaaa normally I suppose do this with u o, I get outfit et sneakers! Na Strenght remain Olorun 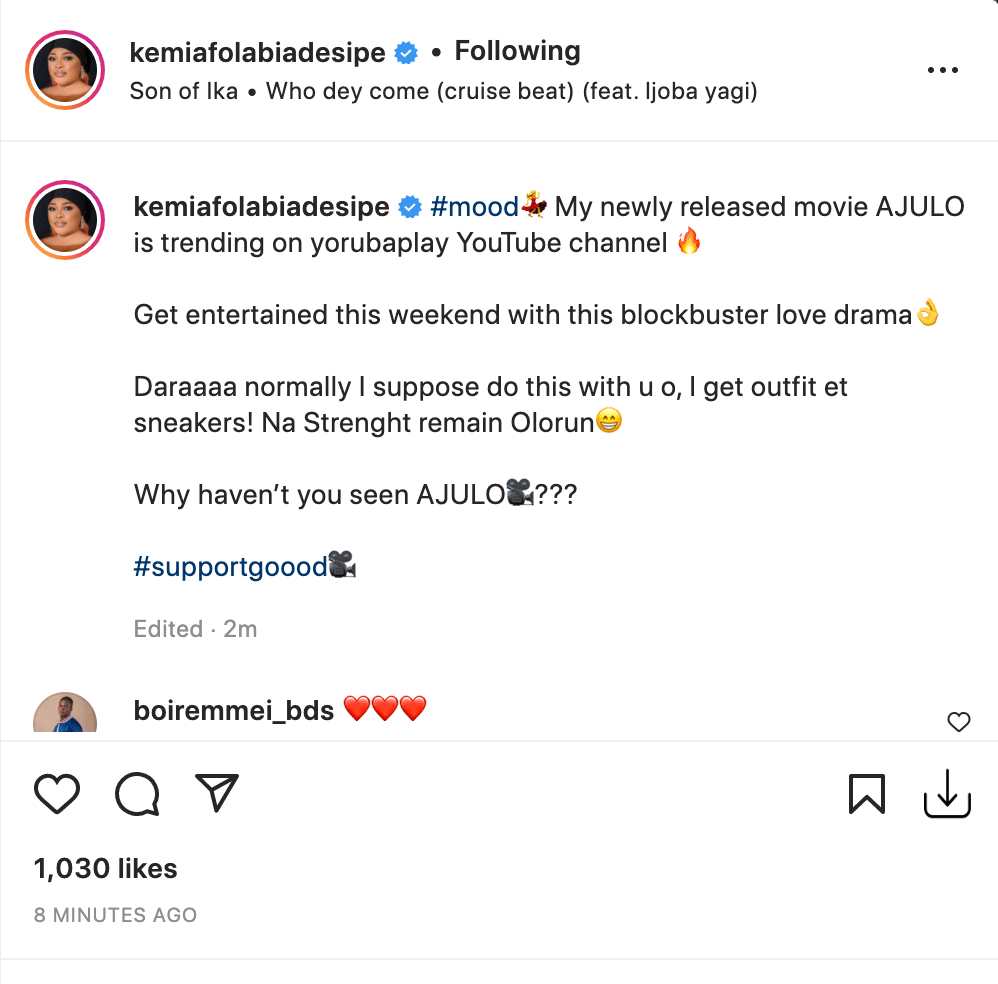 ‘I’m supposed to do this with my daughter, but no strength,’ Actress Kemi Afolabi groans

One thought on “‘I’m supposed to do this with my daughter, but no strength,’ Actress Kemi Afolabi groans”