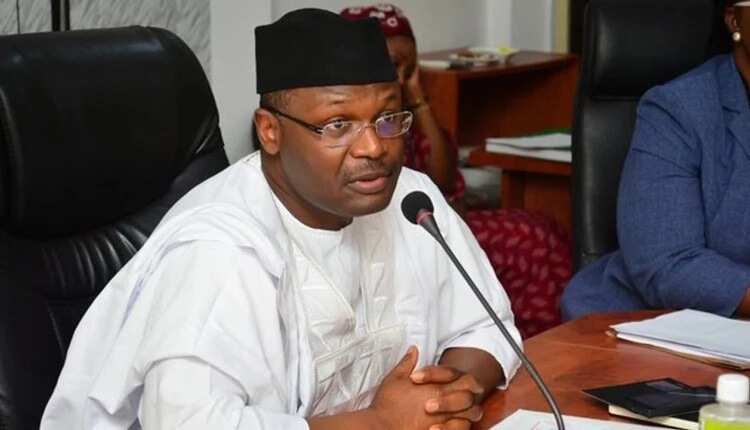 Okoye raised concerns over the malicious actions such as destruction of opponents’ campaign materials, billboards, violent campaigns and use of offensive language. He said INEC was determined to conduct peaceful elections in the two states, adding that the commission will not relent in its responsibility to enforce the rules elections. Meanwhile, the deputy governor of Edo state, Comrade Philip Shaibu, has said he fell out with Comrade Adams Oshiomhole because he refused to do the bidding of the former All Progressives Congress (APC) national chairman. Shaibu stated this when he spoke to journalists in Benin city, the Edo state capital on Thursday, August 6. According to him, Oshiomhole wanted him to impeach his boss, Governor Godwin Obaseki, which he said he turned down. Shaibu said he begged Oshiomhole to let go of any grievance he had against Obaseki because the governor was doing well for the Edo people, a plea which Shaibu says fell on deaf ears.

In another report, Nigeria’s former vice president, Atiku Abubakar, has warned that the current happenings in Edo signal grave danger to the law and order in the state and forthcoming governorship elections.the 2019 Peoples Democratic Party (PDP) presidential candidate revealed this on his social media platform on Thursday, August 6, in reaction to the scenario at the Edo State House of Assembly. According to the PDP chieftain, the country has been on edge due to the brinkmanship of those charged with democratic leadership. Atiku went on to note that what is happening in the south-south state is a threat to constitutional order nationwide, adding that if the rule of law and order was not followed there will be a danger.

Edo 2020: Why many eligible voters will be disenfranchised — INEC