Isreal DMW, the logistic manager to Nigerian singer Davido, has reiterated he will continue to worship his boss amidst criticism and despite being older.

Being sarcastic in a post shared on his Instagram story, Isreal said those mocking him for idolising Davido should insult their bosses at their various places of work because they are older than them.

Isreal DMW rained insults on those mocking him, adding that he will continue to respected Davido because he’s aware of his root.

READ ALSO:  ‘Baba God na person you create like this? Fans gush over Mercy Aigbe as she dazzles in new photo

He wrote: You people should always insult your superior bosses at your working place. Tell them they are mad, tell them you ‘re senior to them by age. I will worship my own ooh. I know where am coming from. Make Ogun kill una talking rubbish.

Naijabulletin News recalls that Isreal recently took to social media to react after being mocked over his inability to buy a car following a video of him using a motorcycle (Okada) surface online.

Reacting to the video, which has become a growing sensation on social media, Isreal, in a post shared on his Instagram story, vowed never to steal to impress anyone.

According to Isreal DMW, he will get himself a car when the money comes. 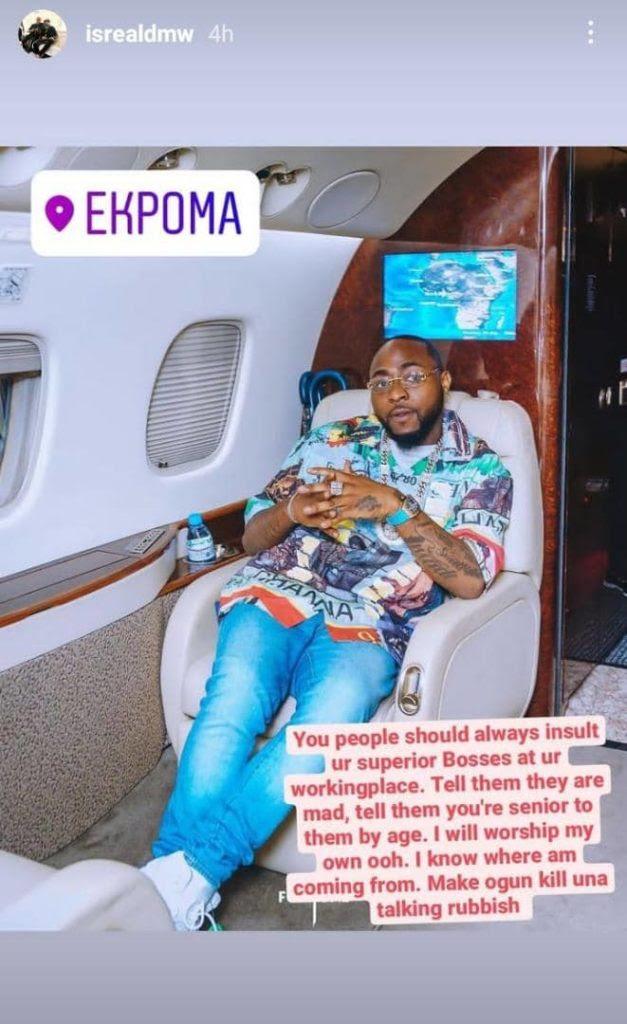