Actress Kemi Afolabi has dismissed the rumour that she bought a Range Rover with the money donated for her lupus treatment.

Recall Kemi Afolabi revealed she was diagnosed with lupus during an interview with media personality Chude Jideonwo. The actress also pointed out that her doctor said she has just five years to live.

However, a blogger reported that the actress bought a new Range Rover which led many to believe that the money used in acquiring the new car came from the funds for her treatment.

Reacting in a recent Tik Tok video Kemi urged the public against believing whatever they read on social media.

The 44-year-old added that no amount of negativity can steal her joy. She said:

“Happiness for the rest of my life. No amount of negativity can steal my Joy Na people wey Dey believe everything they read online I pity.

And for you all insulting and abusing my colleagues’ kind gestures worth emulating for putting up a go fund me for my medicals, May God forgive you all. May you never experience pains that limit your goals in life….stay blessed.” 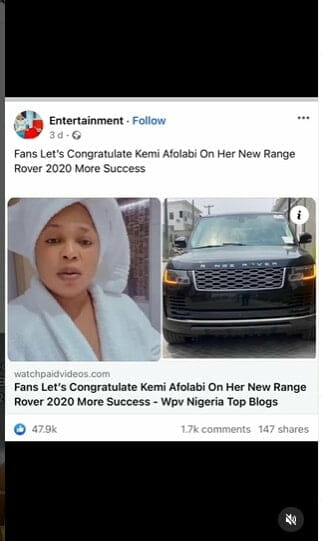 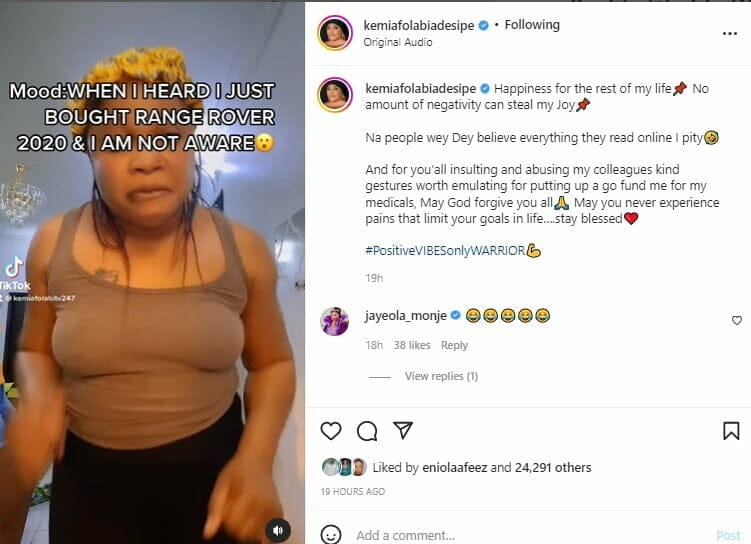