It’s no doubt that multiple award winning actress Funke Akindele’s birthday has taken over social media as many set the internet agog with prayers and well wishes for the mother of two. 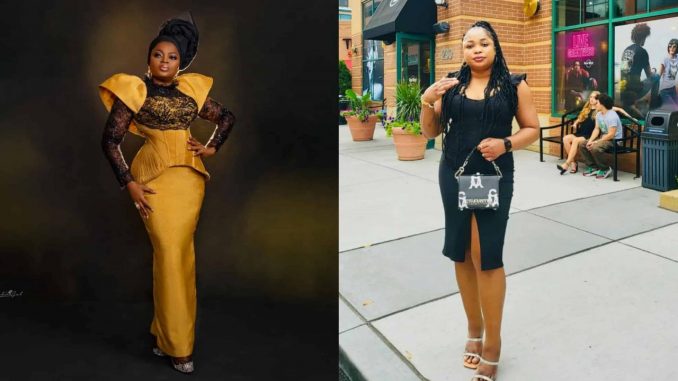 NB reported that Funke Akindele clocked 45 today, the 24th of August, 2022 and the internet is agog with messages from fans, colleagues, well-wishers and families.

Taking to Instagram, Kemi Afolabi showered emotional prayers on Funke Akindele, who was one of the Nollywood artistes who helped Kemi Afolabi during her crisis.

Sharing a goofy video of Funke Akindele online, Kemi Afolabi prayed that the talented actress would continue to grow gracefully and live longer.

She wrote: Hyou’reirthday to my dearest friend @funkejenifaakindele, a super talented filmmaker, May God God’ss guide and go ahead of you in all your endeavors🙏 you’re beautiful at heart and I love you💘 continue to grow gracefully🙏 45th can only be by God’s will o ha ko easy, u will live long oninure.

We reported on March 11, 2022, that Kemi Afolabi opened up on her discovery of lupus and what she had been through.

Since then, many of her colleagues and fans have shown love and support to her even as she continue to battle the sickness. 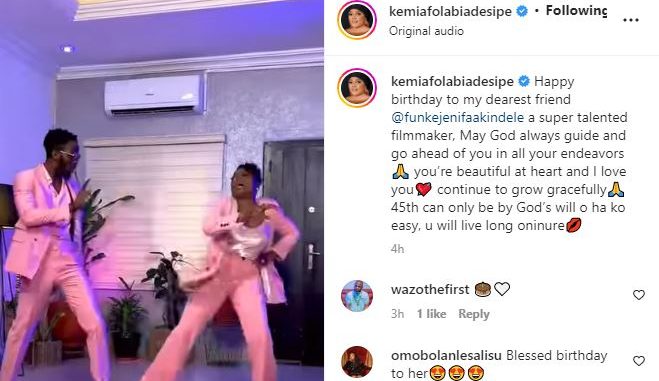 Kemi Afolabi showers prayers on Funke Akindele on her birthday