Lyta’s babymama, Kemi Ayorinde debunks claim of forcing him to have a baby with her » Naijabulletin
BREAKING
Published on: September 17, 2021

Singer, Lyta’s babymama, Kemi Ayorinde, has debunked claim that she forced him to have a baby with her.

The 21-year-old, who shared receipts dating back to 2019 to back her claims, accused Lyta of being manipulative, deceptive, and letting everyone think she used the pregnancy to pin him down.

According to her, they both wanted to have a child together and stopped using protection during sex. However, when she got pregnant, he started acting strange.

READ ALSO:  ‘Shut up’ Ubi Franklin blasts critics who dragged him for snubbing Sandra Iheuwa while celebrating his baby mamas

She shared a chat where she purportedly sent the pregnancy test to him in November 2019 as evidence.

See the photos she shared on her Instastories below, 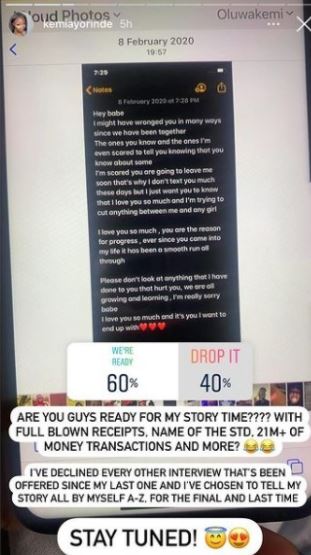 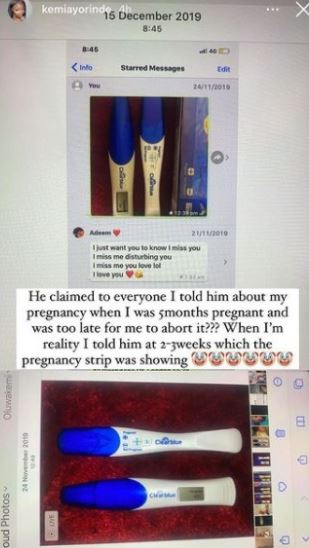 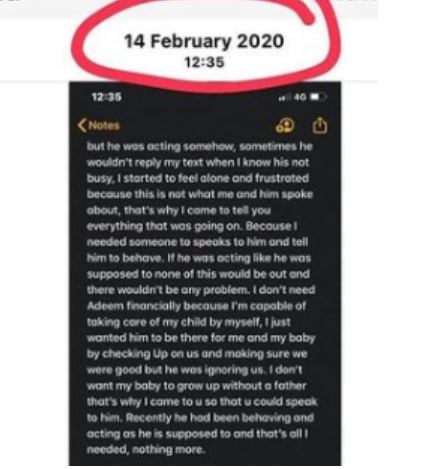 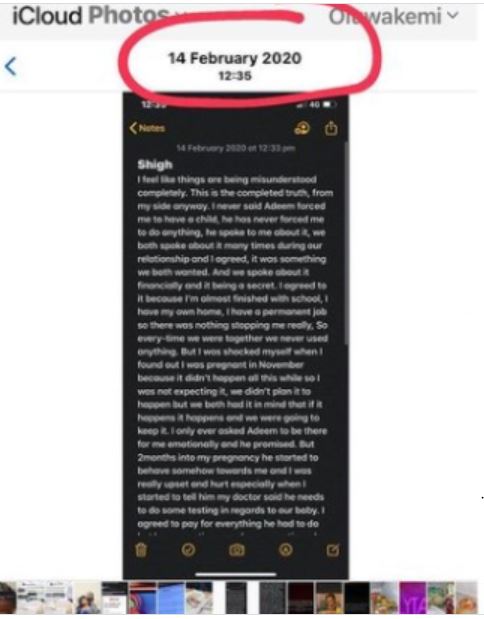 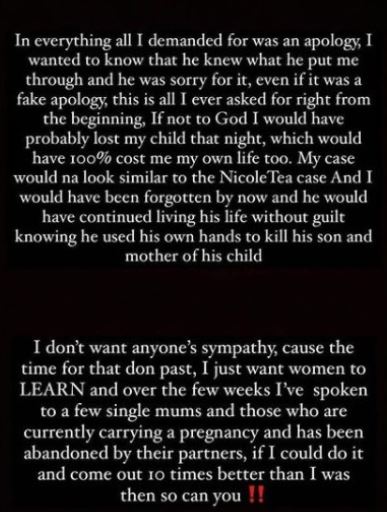