Nollywood actress, Laide Bakare is currently shutting down Lekki as she opens her new house.

The actress is ready to give Nigerians an unforgettable party which would be on the lips of many for days.

After weeks of constantly flooding Instagram with update on her new house, the Yoruba actress has finally unveiled her house.

Dignitaries have started flocking her house as they get ready to party with her.

Sharing photos of herself in different stunning lace, Laide Bakare toasted to the new life.

Laide Bakare revealed that she is welcoming everyone to her house as she gets ready to party the night out.

In another post, she wrote, “Cheers to a New Life Today I welcome you all to my New Home. Let’s get this party started guys”.

Like how every African mother would do, Laide Bakare’s mum prayed for her and the house.

In the video uploaded by the actress, Laide was on her knees as her beloved mother heaped prayers on her.

Sharing the video online, Laide Bakare described her mother as her replica.

She noted how she has been making her mother proud since she was a teenager.

Laide wrote, “My MUM MY REPLICA being making her proud since Teenage years I love you mummy. Thanks for pushing me Always”. 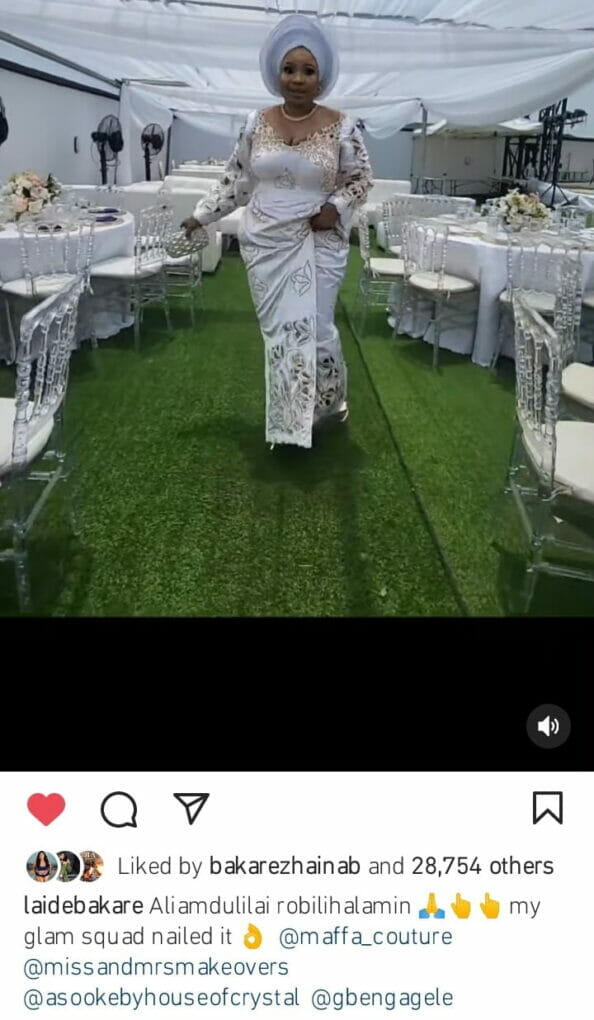 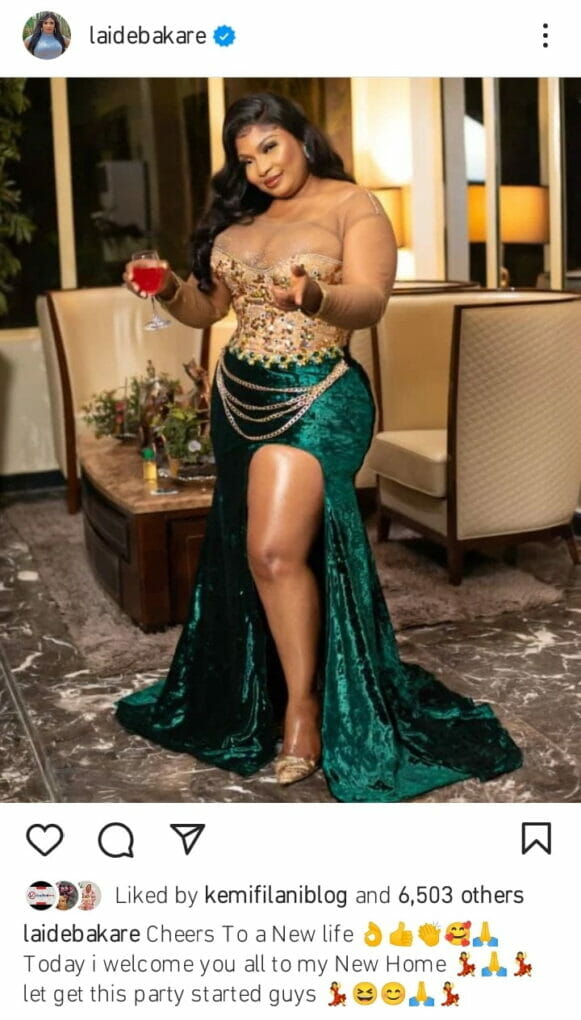