Lala Akindoju opens up about struggle that led to her child feeding on formula » Naijabulletin
BREAKING
Published on: September 17, 2021

Lala Akindoju opens up about struggle that led to her child

Actress, Lala Akindoju has disclosed that her baby started feeding on formula 24 hours after his birth

because she struggled with producing breastmilk.

Lala in a post she shared on social media to celebrate world breastfeeding week, noted that

breastfeeding wasn’t a beautiful experience for her.

According to her, she did everything possible and ate all that was recommended in order to produce enough

milk for her son but nothing worked. She eventually resulted to feeding him formula.

formula and relatives didn’t even help matters with their constant pressure that she breastfeed and shun formula.

Lala in the post urged women going through the same experience to take things easy on themselves, adding that most important thing is that their babies are well fed, either through formula or breastmilk.

#WorldBreastfeedingweek was last week and I read many beautiful posts from mother’s celebrating the joys of breastfeeding and being the sole provider of nourishment for the children in the first one year at least. None really captured my experience, hence this post

Breastfeeding was not a beautiful experience for me and I find that women don’t share their not-so-beautiful experiences. From the moment Adeore was born, my body produced very little colostrum and though the nurses massaged, pressed and squeezed- we only got few drops every time he needed to feed. So 24 hours after delivery, he was given formula which consumed in seconds

In my mind I was like- “I will still breastfeed o”, #BreastisBest right! El-oh-el. The struggle began- my body was not producing enough milk to feed my child. I would spend 40 minutes pumping and will hardly get 20ml of milk. I drank ogi (which I hate), lactation drinks, fenugreek tea topped with 6-8 fenugreek tablets daily. Nothing was working.

I felt guilty. I cried. This is minus the struggle of getting a good latch, cracked nipples and the pain. I was sure I was denying my child the nutrients he needed to grow properly, so I kept at it. I was also worried that I would miss out on the mother & child bond formed during breastfeeding. The calls from aunties saying “hope you’re breastfeeding o”, “don’t give him formula o” – didn’t help at all. I know they meant well but those words triggered me. I couldn’t even confidently say what I was going through. Then I’ll come online and see new mothers posting bottles of milk expressed after 15 minutes of pumping, plus complaints of soaked clothes with milk. At this point I had to ask God if I was a step child.

I breastfed for all 4 weeks and it was hard. Thankfully my husband was very supportive and he was fine with Adeore feeding on just formula. At some point he actually said I should stop, but I was forming

If you are experiencing this. You are ok. You are doing great. Be easy on yourself because your baby needs you. Breast milk is great. Formula is great too. A fed baby is a happy baby ♥️. 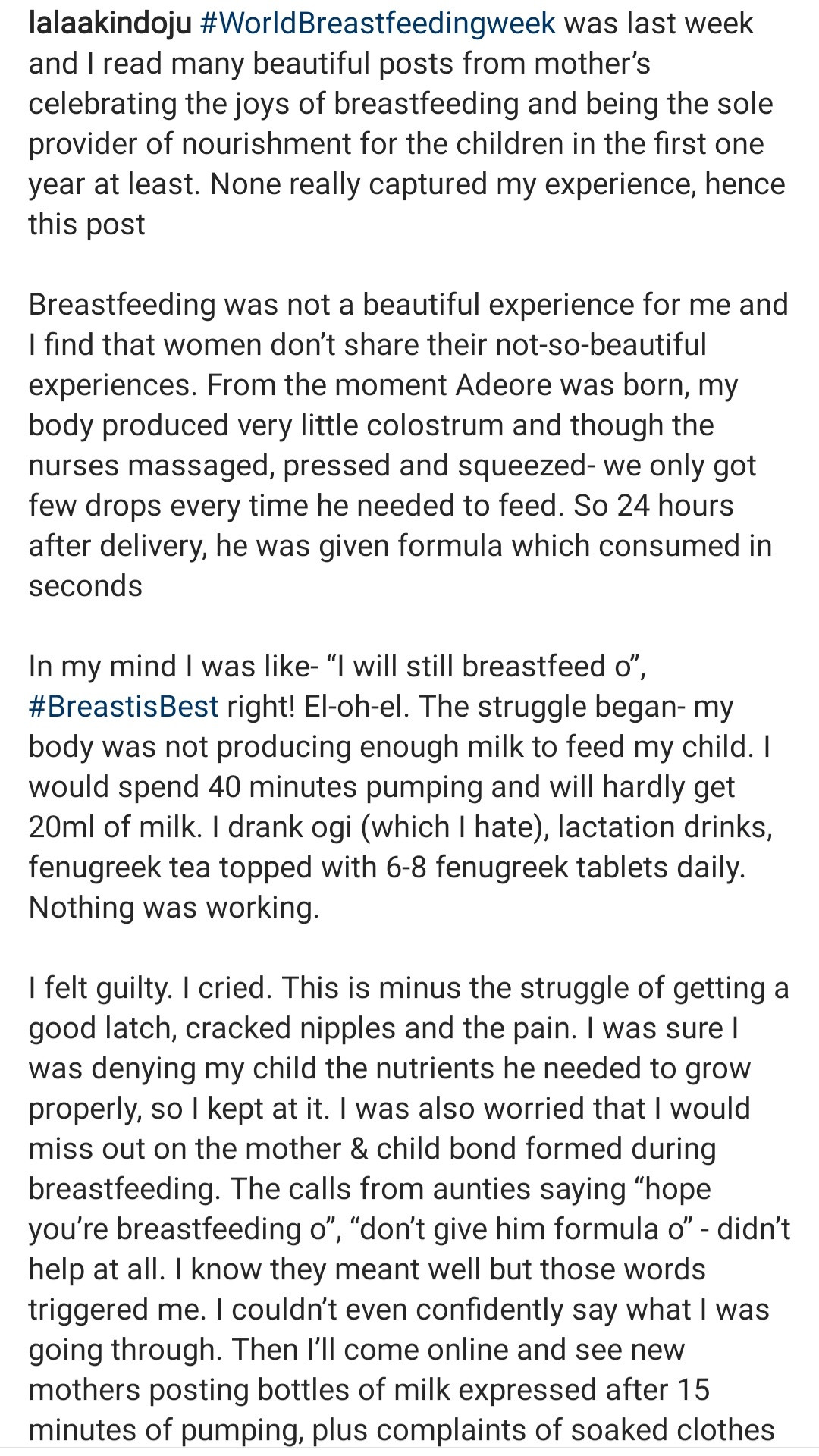 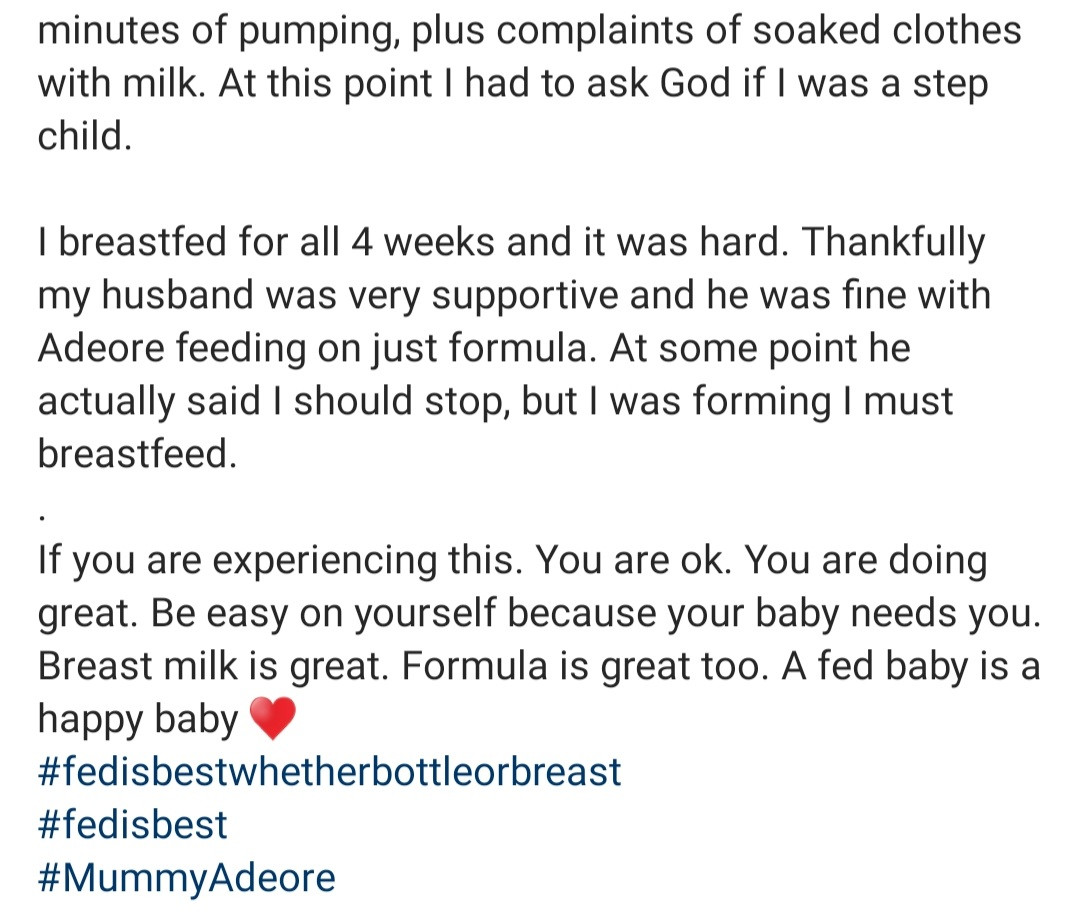 READ ALSO:  Youths Protest The Incessant Disappearance Of Their Manhood in Benue (Photos)