Amidst the ongoing controversy over the alleged rape allegations again actor Baba Ijesha, Nollywood stars, Lege Miami and Nkechi have blasted each other on social media.

naijabulletin recalls that Lege Miami had earlier released a video where he attacked those criticizing Baba Ijesha without seeing evidence to back up the crime. After receiving several bashing for allegedly being an accomplice, Lege released another video where he tendered an unreserved apology and took back his words.

Taking to the comment section of the video to react, Nkechi Blessing wrote;

Lege Miami who was very pissed with Nkechi’s comment replied her in a very nasty way and also reminded her that she is not a woman and it won’t be well with her.

“I dey beg ladies, you dey put mouth, Are you among ladies? Koni ye”

Replying to this, Nkechi wrote;

See their conversation below; 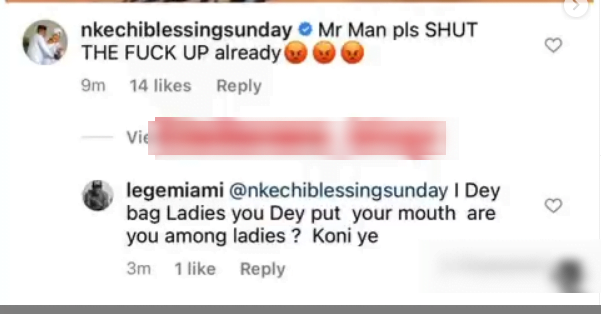 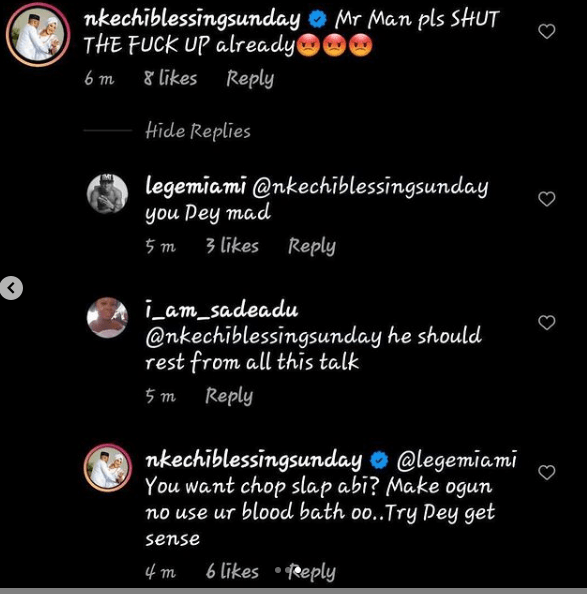