Lateef Adedimeji, a celebrated actor with over 100 movies to his credit, and still counting has expressed his thoughts on men dominating and beating their wives to submission. 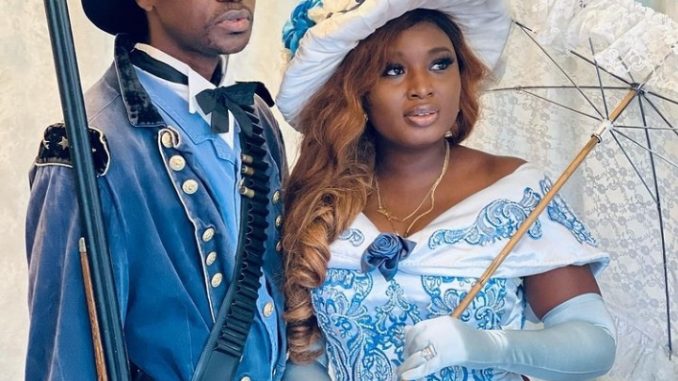 According to Adedemeji who is married to his colleague, Adebimpe Oyebade, also known as Mo Bimpe, women should not endure domestic violence as marriage is not something to die for.

He said, ” A woman is not a slave to her husband, and she wasn’t given to you as a housemaid. Why would you beat up your fellow human in the first place, over what? Whatever it is, once you know you cannot control your anger, and it’s getting to you raising your hand, the best thing is to just walk away and come back when you are calmer. But if you feel the situation keeps getting uncontrollable, then both parties can go their separate ways. Marriage is not something to die for.”

Asked if he still has ‘toaster’ after he got married, he said,’ People would always ‘toast’ you (laughs).”

As a newly married man, a lot definitely would change about his Lifestyle.

He said, “Maybe the way I work. Before now, I used to go from one location to another. Right now, I had to slow down a little because I also have to relax with my wife before taking on another job. I don’t know many children that we are expecting.

I don’t know (laughs). But I wish to have just three children by the grace of God.”

Recalling how he ventured into acting, the multi talented actor said, “My acting started in 1999. I’ve been in the industry for quite some time, so basically, I love it. It’s something that I started in my secondary school, having been trained by a non-governmental organization to be an educator and counselor through dance and songs. But in the long run, I realized that this is something that gives me money. And if I have this talent, what is the essence of me going elsewhere? Let me just start making money from it.”