‘The resemblance is everything’ – Mide Martins shares a photo of her husband and daughter » Naijabulletin
BREAKING
Published on: September 22, 2021

Nollywood actress, Mide Martins has taken to her official Instagram page to react to the striking resemblance between her husband, Afeez Owo and their daughter, Anu.

According to the mother of two, the resemblance between her husband and her daughter is everything.

Speaking further, Mide said both Afeez Owo and Anu are her precious baby.

Sharing a photo of the father and his daughter, Mide wrote;

See the photo below; 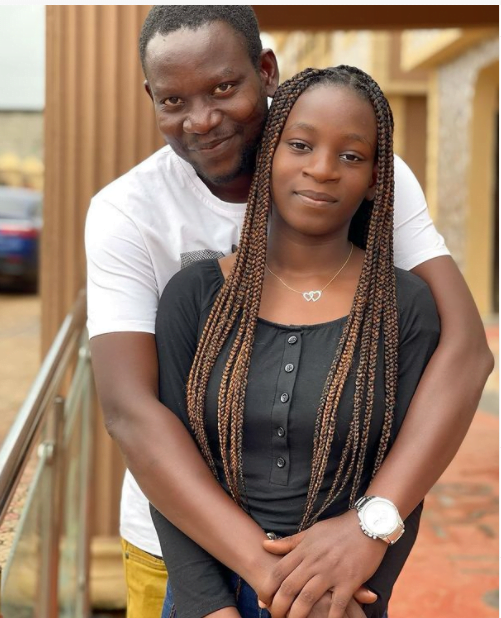 @seiilat wrote “Omo! This striking resemblance is too much! Kilode”

@ qween_marie07 wrote “Na lie oo, she resemble you so much”

@debbierayrise wrote “The resemblance is too much”

READ ALSO:  I had only N23k in my account after I left my record label in 2019 – Rapper, Oladips recounts his struggling days as he acquires a house and car

@anikkyshaya_o.o wrote “She has urs and dad’s look”

Mide Martins shares a photo of her husband and daughter…

Mide Martins and husband, Afeez Owo give out daughter’s hand in marriage (videos)