An evil mother in-law, Margaret Masai, attacked her 20-year-old son’s wife, Reginalda, who just gave birth with acid, and allegedly locked her in the room for 2 weeks to rot to death.
The victim who was tied to a pole in the room, was found with both her legs and fingers in a state of decay, 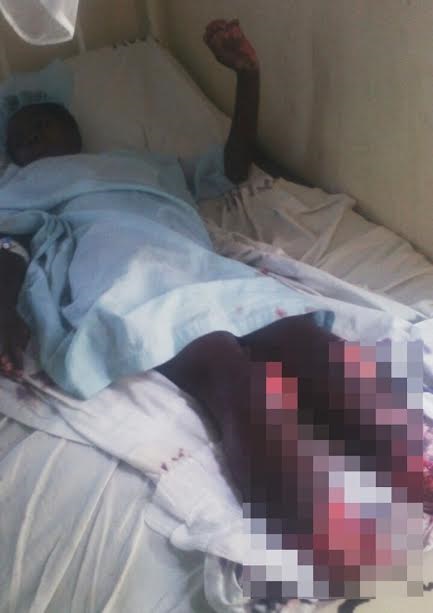 which was amputated at Friends Lugulu Mission Hospital, as the acid had liquefied parts of her limb.
According to edaily, the incident happened in Soysambus sub-location in Ndalu Bungoma County area of Kenya.
The incident has been confirmed by Soysambu sub-location administrator Geoffrey Okumu,  who disclosed that Police are already investigating the case which has the lady’s mother in-law as the prime suspect, an allegation which she has denied.
READ ALSO:  Nigerians tease Buhari over his birthday cake
SHARE WITH FRIENDS

Before and after photos of a man who had a huge tumour twice the size of his skull removed..See more photos here.