The latest reports have revealed that Micheal Usifo Ataga, the late CEO of Super TV, have been buried at the Ebony Vaults in Ikoyi, Lagos State, on Friday afternoon.

Present at the ceremony were his family members and friends, who were there to pay tribute to the deceased

READ ALSO:  Happy New Year To All Naijabulletin Readers!! May This New Year 2021 Bring Good Luck To You And Your Loved Ones

whose corpse was found at an apartment in Lekki a few days to his 50th birthday.

Recall that security officers arrested a 21-year-old undergraduate of the University of Lagos (UNILAG),

Chidinma Ojukwu, connected with his death.

READ ALSO:  Lady calls for bride price reduction in Igboland as her brother marries from Benue with less than N50k

See the photos from the ceremony below; 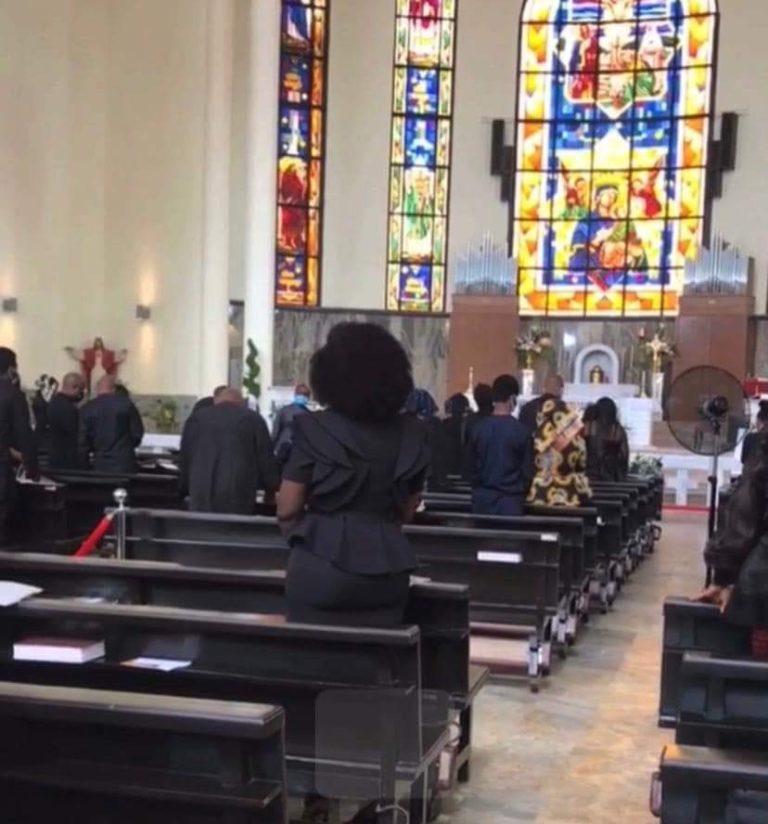 Sunday Igboho warns Buhari against any attack on Igbos