‘I’m going back to the street’, Music producer Don Jazzy feels delayed by a date that refused to show up on time » Naijabulletin
BREAKING
Published on: September 17, 2021

Nigerian record producer Michael Collins Ajereh, popularly known as Don Jazzy has taken to social media to express anger over a date that refused to show up on time.

According to the single Zaddy, he had prepared well for the occasion and patiently expected his date only to be delayed.

READ ALSO:  ”I’m scared for any established artists that decides to be lazy” – Don Jazzy reveals

Sharing a stunning photo on Instagram, he clearly admitted he needed to be on the street making money instead of wasting time on a date.

He wrote:
See my drip Na. I prepared well for a date tonight but she sha stood me up. Hissss I’m going back to the streets. The street is calling my name. 🚶🏼‍♂️ 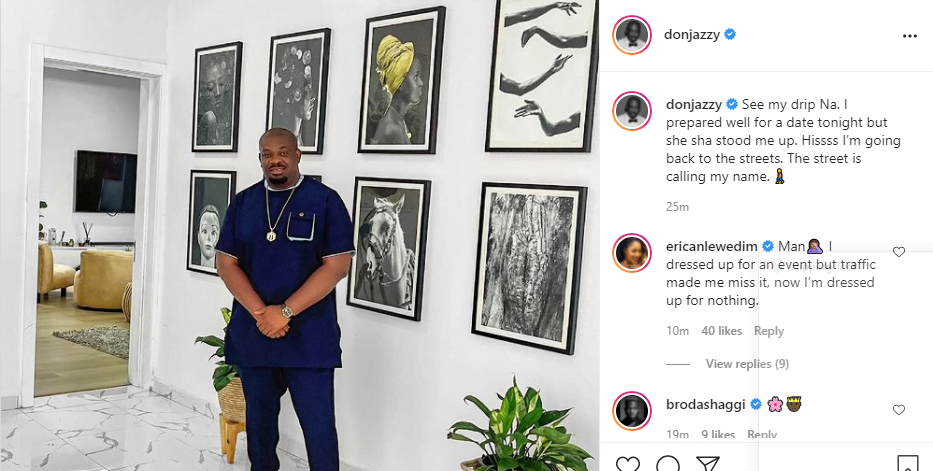 Naijabulletin News recalls the music producer had applauded some new young artists saying that their quality of music is commendable and as time goes on, they might take some of the established artists off guard.

Music producer Don Jazzy feels delayed by a date that refused to show up on time..

Between Don Jazzy’s Father And Brother, Who Rocked The Wig Better?