A lady has cried out bitterly after her boyfriend brought his ex to spend the night in their apartment while she was away.

According to the lady, they both contributed money and successfully rented the apartment only for her boyfriend to utilize the opportunity of her not being around to house his ex with an excuse that she was stranded and needed urgent help.

READ ALSO:  3-year-old girl dies after her mum absconded with N3million donated for her brain surgery

“So myself and my boyfriend contributed money and paid for a two bedroom, thou some times I go and visit my brother and probably stay for weekend or so. So I left the house on Friday to come back on Saturday because I was going to do something there. On getting there, I spoke with my  boyfriend and he was like I can spend the weekend there and probably come back by Monday morning since it’s been a while I took break…”

Read the full story below… 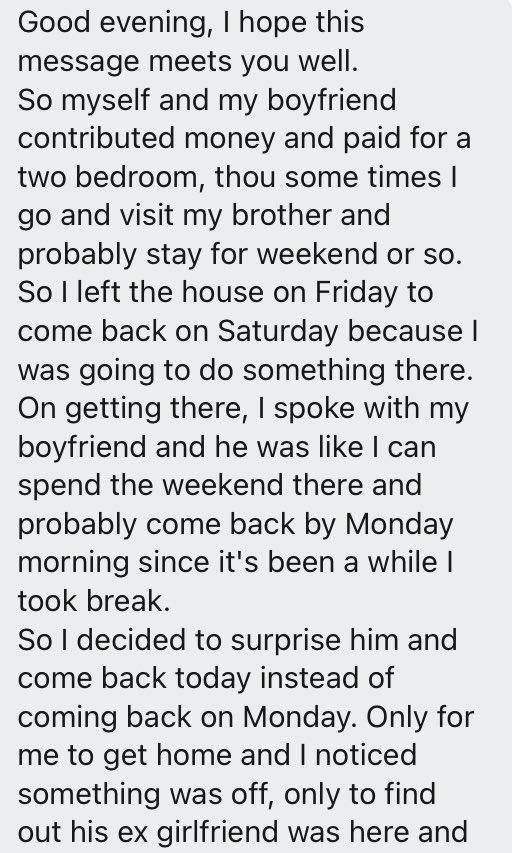 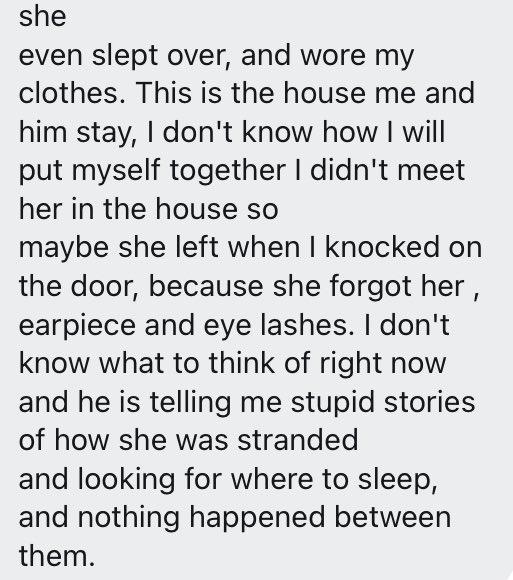