BREAKING
Published on: June 15, 2021
The National Assembly has announced that the 2018 budget appropriation bill will be laid on the table before both chambers on Thursday, April 19 and will be passed on Tuesday, April 24. 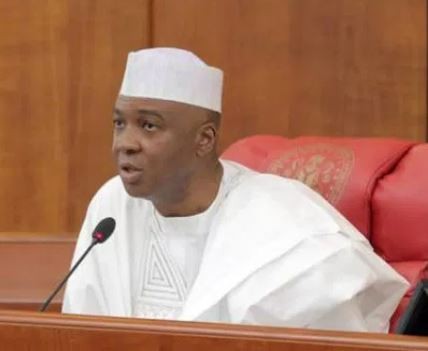 While making this announcement on Wednesday, the Speaker of the House of Representatives, Yakubu Dogara said both chambers agreed to the timelines.
The N8.612 trillion 2018 budget is estimated to be 16 percent higher than that of 2017.
President Buhari presented the budget to the National Assembly on Friday, Nov 17th, 2017.  The projected cumulative expenditure of N 8.612 trillion for 2018 will include recurrent costs of N3.494 trillion, debt Service of N2.014 trillion, statutory Transfers of about N456 billion, sinking fund of N220 billion (to retire maturing bond to local contractors), and Capital expenditure of N2.428 trillion (excluding the capital component of statutory transfers).
SHARE WITH FRIENDS

I overcame challenges in office through prayers -Jonathan