Nigerian man disguises as a woman to escape after allegedly killing another foreigner in Libya » Naijabulletin
BREAKING
Published on: September 22, 2021

A Nigerian national has been arrested in Msallata town, northwestern part of Libya over the alleged murder of another foreigner.

According to local media, the Nigerian allegedly killed the foreigner, stole his money and tried to escape the the town disguised as a woman.

However, he was arrested by security forces in Msallata.

“Security forces in Msallata town have arrested a foreigner from #Nigeria for killing another foreigner before stealing all his money. The killer disguised himself as a woman in an attempt to escape from the town” the report says. 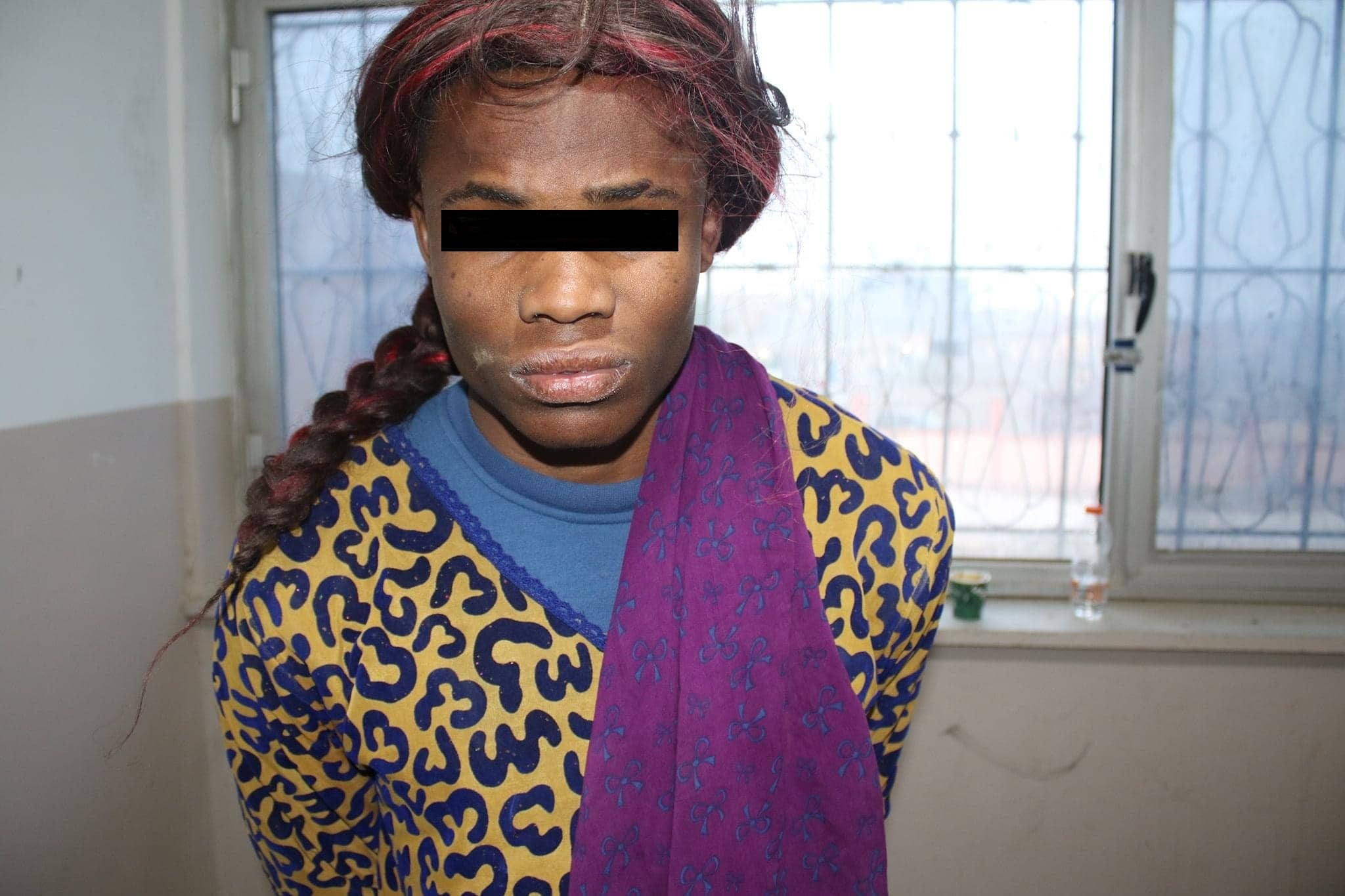 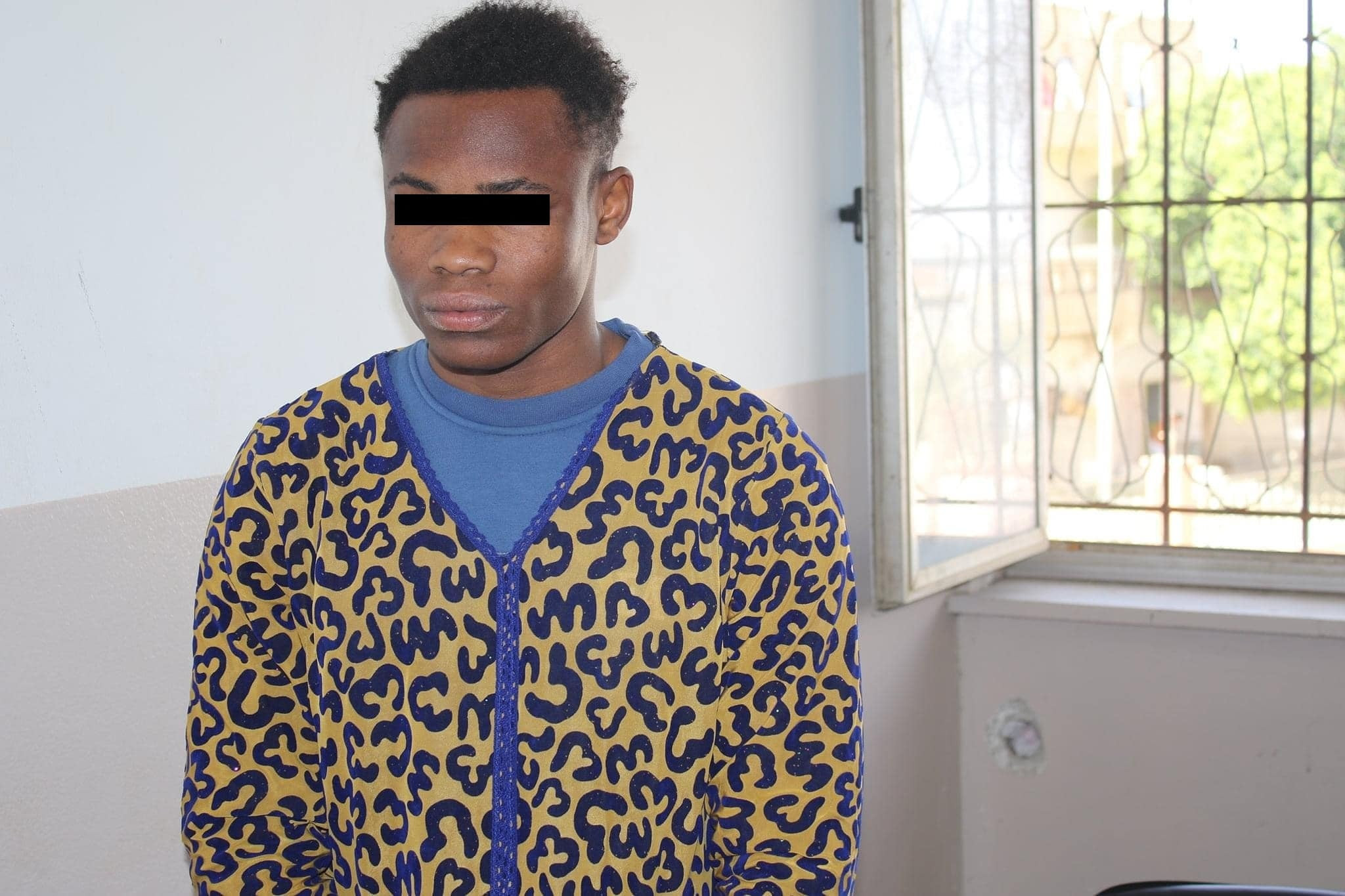 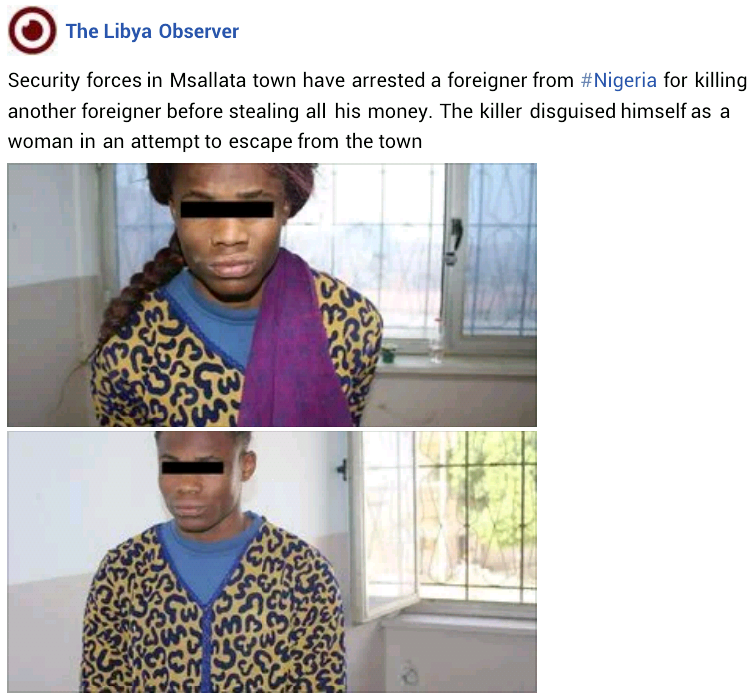 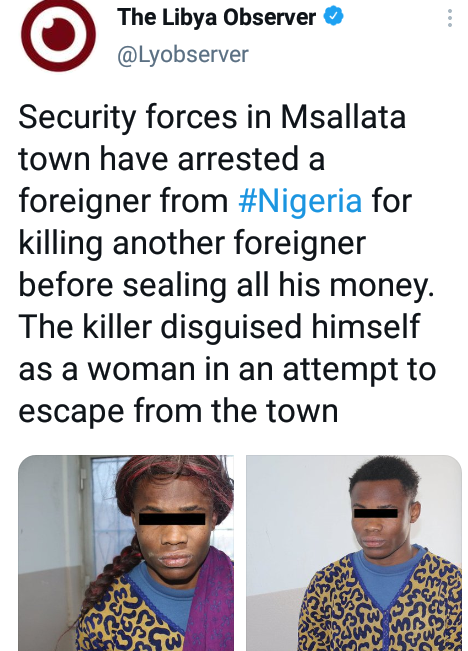 What Owerri residents did to Fr. Mbaka as he arrived for Uzodinma’s swearing-in