Nigerian man served quit notice for bringing too many girls to his rented apartment | Naijabulletin
BREAKING
Published on: December 2, 2021

A Nigerian man simply identified as Babajide, has reportedly been served quit notice by his landlord due to his flirtatious lifestyle.

According to a snapshot of the notice serving rounds online, the landlord ejected Babajide from his property for bringing different women to his apartment.

The notice stated that the landlord warned Babajide severally against bringing the women to his house, but all his warning fell on deaf ears.

The landlord has now given him a deadline of November ending to vacate the apartment in order to prevent more problems.

“Your tenancy agreement expires November 30th and will not be renew, your act of prostitution in which several girls are brought to the apartment currently occupied by you can no longer be accepted.

Several warning have been handed over to desist from your indiscriminately sexual activity but to no avail. You are hereby given to the end of November to vacate the apartment currently occupied by you”. 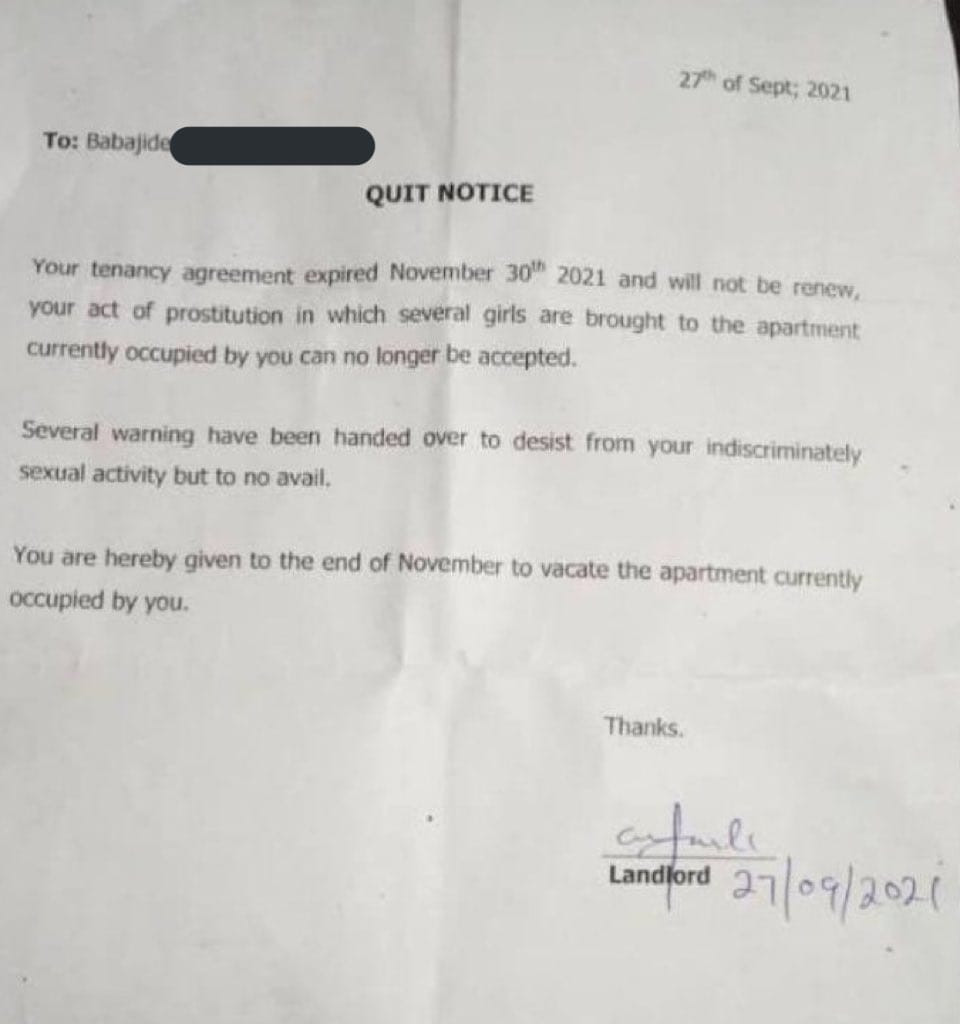