‘This is pure photoshop’, Nigerians continue to blast popular crossdresser Bobrisky after showing off his recently operated body in bikini › Naijabulletin
BREAKING
Published on: September 29, 2021

The photo of the controversial crossdresser Idris Okuneye popularly known as Bobrisky, on a bikini, has generated many reactions from Nigerians.

Naijabulletin News recalls that he recently posted a video of his post-surgery body, which stirred reactions about his surgery claims as there was no noticeable change in his body.

Sharing a sexy photo on a bikini, people claimed the hips and breasts looked unreal as they were photoshopped. His manhood was also visible in the picture.

Nigerians have continued to blast him, saying he is probably chasing clout to earn more followers.

@mubiru.50 wrote: This is not what I expected 😢

@shugarmummie wrote; Bob is back with photo shop 😍😍 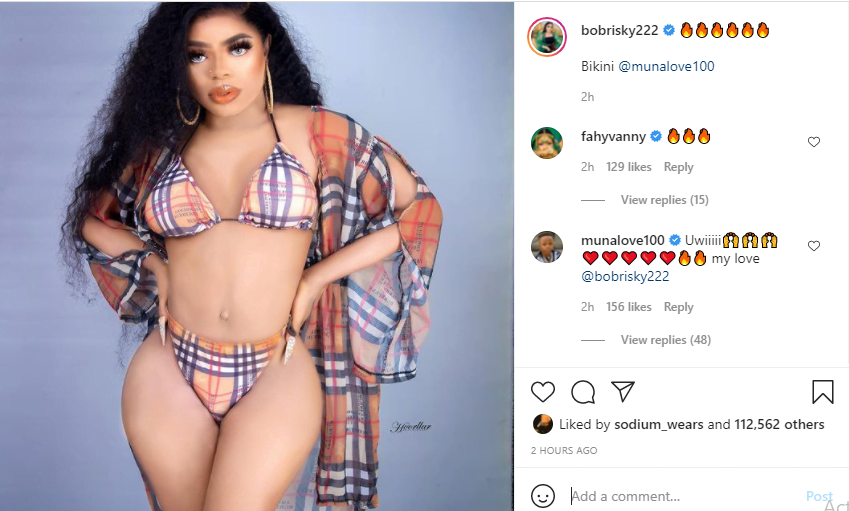 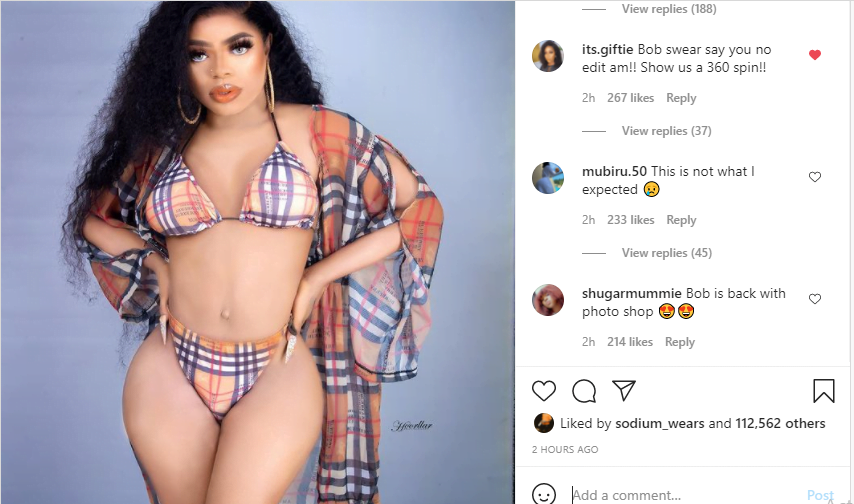 Nigerians continue to blast popular crossdresser Bobrisky after showing off his recently operated body in bikini..

Bobrisky steals the show at a party, rains bundles of cash on celebrant