Nollywood actress and content creator Funke Akindele has been dragged online for putting her popular soap opera ‘Jenifa’s Dairy’ on hold without any public notice. 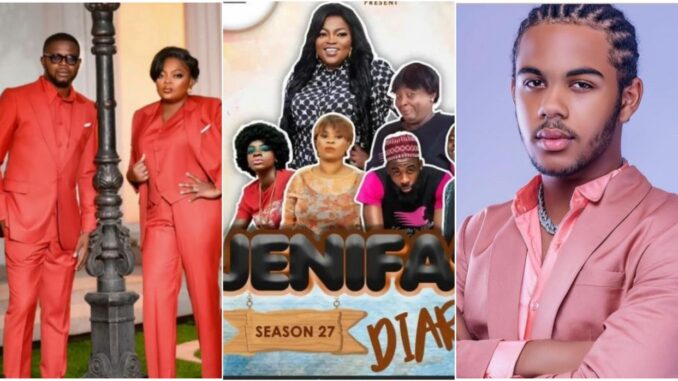 Unarguably, the past few weeks have been hard for Funke Akindele and her husband, JJC Skillz, despite acting unbothered.

First, there were reports that Funke Akindele’s marriage was facing hard times to JJC Skillz being dragged by her babymama Mella and his son for physical assault.

Although Funke Akindele has remained silent over the issue, one might imagine what she is currently passing through.

Following the issue, subscribers of ‘Jenifa’s Dairy’ have cried out that Funke Akindele suspended the TV series without any public notice.

Some Nigerians also lament paying for a one-year subscription, and there has not been any new episode of the TV series uploaded for two weeks.

hotcakeoflagos wrote: I have subscribed, always paying for subscription monthly, they didn’t address it, and it’s annoying and rude. They keep uploading throwback pictures no address, no press release. @sceneonetv@sceneonepd@jenifasdiary

preciousdenis9 wrote: Exactly what I was saying today , no hate, but how can one pay for subscription and you are not been served what you paid for …… before you come here to write rubbish under my comment know that IM NOT HATING ON ANYBODY…

ewatomilola_beaut wrote: It’s sad I even had to pay for one year subscription.

News recalls Mella had revealed some shocking details about the marriage of Funke Akindele and her husband.

Amidst the denial and constant display of love on social media, Mella, in a chat with Instagram blogger Tosin Silverdam alleged that Funke Akindele and JJC Skillz are living in a pretentious ‘happy’ marriage.