Nollywood actress Nkechi Blessing has considered undergoing a DNA test with her politician boyfriend, Opeyemi David, over their resemblance.

Nkechi Blessing took to her Instagram page to share a new look of herself stunning in blonde hairstyle and pointed out the resemblance between herself and her boyfriend, which she described as scary.

According to the actress, she and her boyfriend need to do a DNA test probably they may probably be related and unaware.

She wrote: It’s d Hair cut and coloring for me. Big Shout out to @mensluxury_cafe Fam if you live around Ogudu and it’s environs kindly visit this saloon, Mention NBS and get a discount. Btwn I think my husband and I needs to do DNA the resemblance is scary.

Reacting, a fan questioned her fate if the DNA test turns out they are related. Responding, Nkechi Blessing said they would accept their fate and continue their relationship because it’s too late.

Nkechi Blessing added she would not leave her politician boyfriend because she may not find another person like him.

desh4u wrote: And if the DNA turns out positive nko 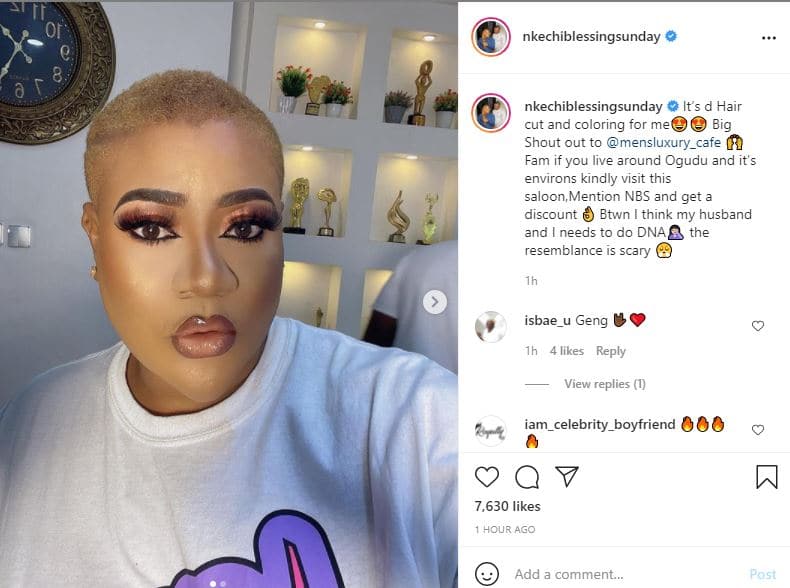 Nkechi Blessing considers going for a DNA test with her politician boyfriend..