The actor Sam Loco was reported dead on 7th August 2011. According to the report filed by the Vanguard newspaper in the article published on the 8th of August, 2011, titled, “Sam Loco Efe: How he died, his unfulfilled dream”.

It was disclosed that the late Sam died in his hotel room at Owerri. The sudden death was as a result of an Asthmatic attack because a Ventolin inhaler was found beside him.

Actor Nkem Owoh and Sam Loco featured in movies together as major characters since the mid-’90s. As they were known for their major comic roles in the Nollywood industry.

In the few moments of reflection, Nkem tweeted; 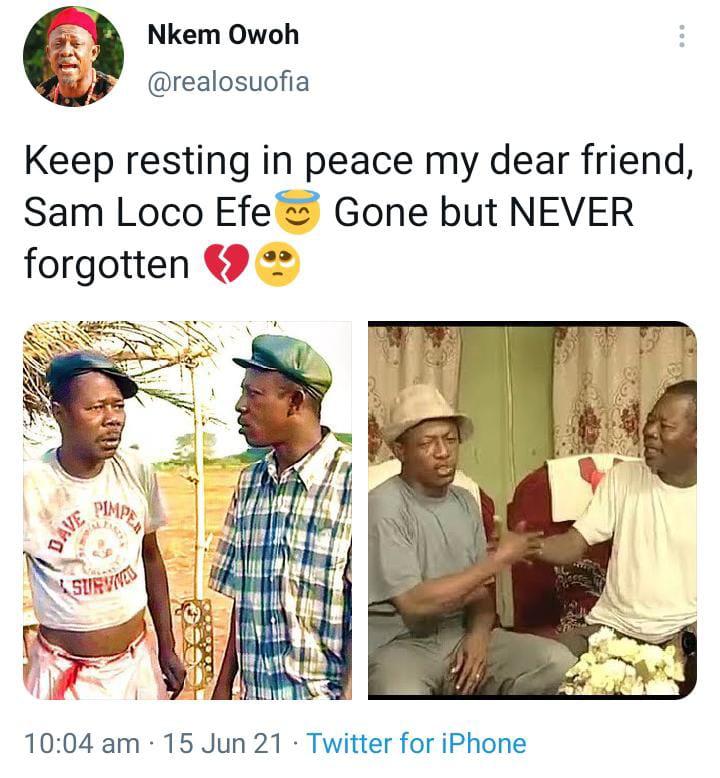