Actor Olaiya Igwe has been awarded once more with a plot of land by the chairman of the Lagos State Park and Garages Management Musiliu Akinsanya aka MC Oluomo, only weeks after receiving a Mercedes for his birthday. 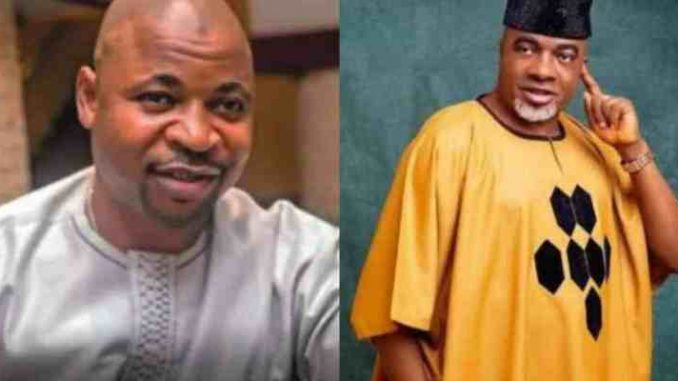 In a recent Instagram live session with actress Kemi Afolabi, Olaiya Igwe revealed that Mc Oluomo gave him the property after he received harsh criticism for bowing down to the latter in gratitude after receiving the car.

Gossipinfo news cites a video that Oluomo’s son posted in which Olaiya Igwe, visibly moved, bowed in thanks to Oluomo for the kind gesture. This action infuriated some people because they viewed it as disrespectful to bow down to someone who they perceived to be younger than him.

Justifying his actions, the movie star who spoke in Yoruba said he did not understand why anyone would be bothered about how he chooses to appreciate his benefactor, adding that his show of appreciation to people who support him will continue to pave way for more gifts.

On her part, Kemi Afolabi who is currently undergoing treatment for lupus in the Us noted that she has always benefitted from the Mc Oluomo’a charity. She narrated how the socialite send her money to associate with her treatment.

Meanwhile, actress Jaiye Kuti was one of those who justified Olaiya’s choice to prostrate before MC Oluomo in appreciation after the latter surprised him with the car.

Defending Olaiya’s actions in a video posted on Instagram on Thursday, Jaiye Kuti said she would have done the same if she were in the actor’s shoes.

Speaking in the Yoruba language, she said: “Be grateful for everything, value the act in which it has come, show gratitude not attitude….there is something we call, unexpected kindness and if God makes you receive unexpected kindness, the way you will show appreciation will make people think you are mad.

“If a young child buys me a house when I least expect it, I will roll on the floor too. I pray God blesses me with unexpected kindness”