Billionaire businessman, Obinna Iyiegbu popularly known as Obi Cubana, has gone all out to appreciate his loyal employees.

The chairman of Cubana group gave each of his loyal staff who have been with his company for over 10 years a whooping sum of N1 million and a certificate of appreciation. 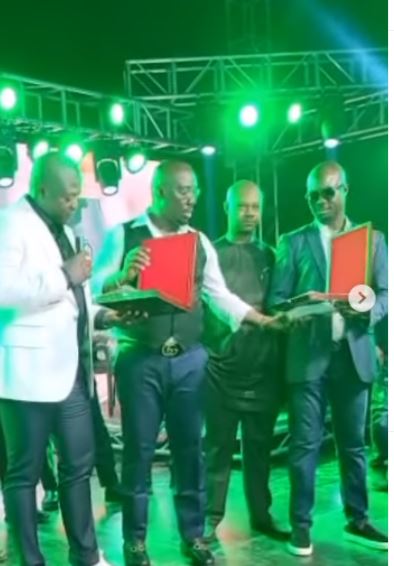 Videos from the even which found it’s way to the internet captured the moment the socialite handed the lucky employees their presents.

The event was attended by a number of celebrities, the likes of Ik Ogbonna, Alexx Ekubo, reality star, Frodd, BBNaija Uriel, Ycee, to mention just a few.

This is coming after the businessman was arrested by the Economic and Financial Crimes Commission for alleged money laundering and tax fraud, and was released after spending three nights in their custody.

During his stay with the anti-graft agency, he was interrogated several times over his alleged involvement in money laundering and tax fraud.