Veteran actor, Olu Jacobs has shut down rumours of death. For the second time in two years, news broke out that the veteran had died. 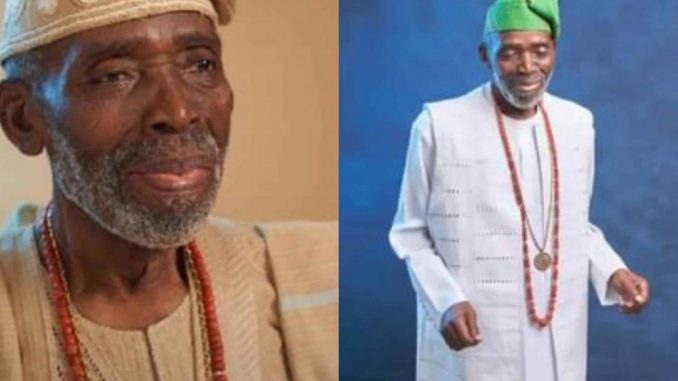 Debunking the rumours, Olu Jacobs issued out a public service announcement hours ago.

In a statement on his Instagram story, the veteran informed the public that he is alive and well.

He added that he is enjoying himself as always in the comfort of his house and loved ones.

Olu Jacobs vowed to take legal action against the carrier of fake news.

“Goodday everyone, trust all is going well. The Jacobs Clan would love to inform you that Papa J Olu Jacobs MFR is alive and well. Enjoying himself as always in the comfort of his houlme and loved ones. To all those who have decided to ignore our last warning regarding fake news kindly prepare for legal action”.

In 2020, news broke out about the rumored death of Olu Jacobs. This rumor sent shock down the spines of many and the lovers of his art.

Popular actress Lala Akindoju and his wife who is also a veteran actress, Joke, debunked the news. They revealed that the amazing script interpreter was still very much alive.

According Lala, Olu Jacobs was well and alive. She added that she spoke to him on the phone and the news about his dead his fake. Her tweet reads;

“Uncle Olu Jacobs is alive and well. Very much so. I just got off the phone with him. Please stop spreading fake news”.

News recalls Olu Jacobs had raised more concerns from his lovers and fans as a frail photo of him surfaced online ahead of his 80th birthday celebration.

Olu Jacobs, who clocked 80 on the 4th of July 2022, was being celebrated by legends and stars in the Nigerian movie industry.

She wrote: “Who has the foggiest idea who this handsome young man is…#80@Glover Birthday loading….”

Worrying reactions had trailed the photo of Olu Jacobs that surfaced online, with many expressing fear about the actor’s condition. However, he was highly celebrated and prayed for on social media. 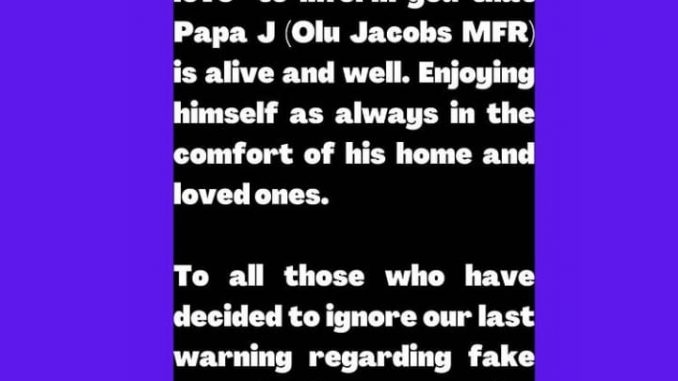