‘ I am a very ambitious woman’, Actress Omoni Oboli discloses one of her life’s strengths to fans» Naijabulletin
BREAKING
Published on: September 17, 2021

Top-rated actress Omoni Oboli has taken to social media to reveal one of her life’s strengths to fans.

However, Naijabulletin News recalls that the actress is a disciplined person and has used her attribute to gain more opportunities.

She has also added another to her list of strengths which is being ambitious.

Speaking further, she recounted how she made feeble-minded people feel better when she excused herself from being ambitious until Omoni realized she need not shy away from it as it is one of her strengths.

The mother of three has implored people to be focused and let their ambitions ignite their hustle by not minding the feeble-minded feelings.

I am a very AMBITIOUS woman. I used to make apologies for it to make small minded people feel good until I realized it’s one of my life’s strengths so I TURNED IT UP!!! 🔥🔥🙏🏾

The focus is LAZER sharp! #NoApologies

Let your ambition fuel your hustle! God has already given you ALL it takes! #RoadToBillions💰 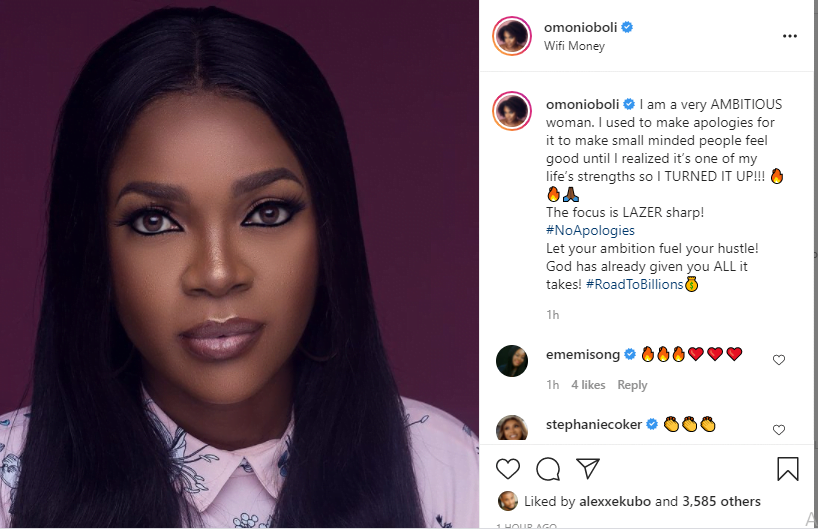 Omoni Oboli discloses one of her life’s strengths to fans..