“She’s pained because Davido is back with Sophia Lady drags Chioma to filth » Naijabulletin
BREAKING
Published on: September 21, 2021

“She’s pained because Davido is back with Sophia Lady drags Chioma to filth..

Celebrity chef, Chioma Avril Rowland comes under fire at the hands of a troll that may have misunderstood her quote about ‘pain.’

This is in relation to the rumour of the separation between Chioma and her superstar fiancee, Davido Adeleke.

The chef had taken to her Instagram page to share a quote that preaches goodness to others rather than inflicting pain of any kind.

READ ALSO:  VIDE0: Chioma wasn’t smart, she knew Davido had other baby mamas, but still got pregnant for him – Blessing Okoro

“If you can’t be good to people, at least don’t hurt them… goodnight,” she wrote. 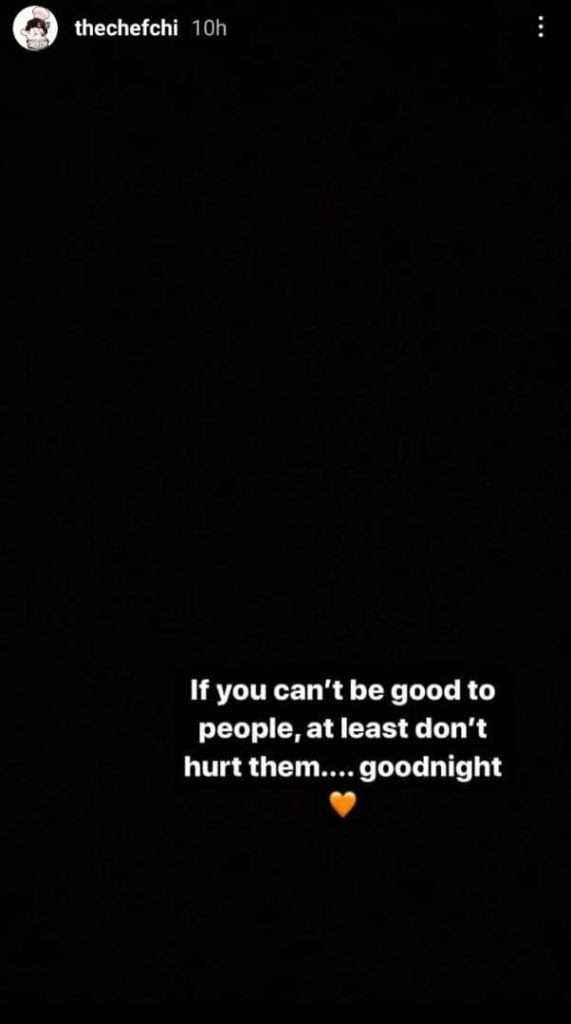 This was followed by a reaction from a troll after the snapshot was shared to another social media platform, where the troll alleged that Chioma is pained because Davido left her to be with his other baby mama, Sophia, and their daughter, Imade. 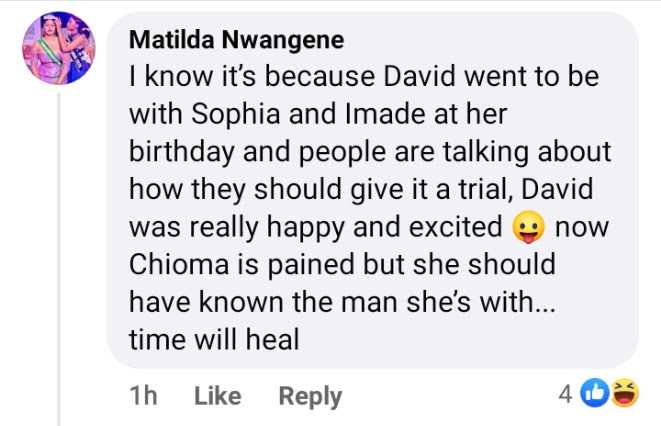 “She’s pained because Davido is back with Sophia Lady drags Chioma to filth..