Fans and followers of Nigerian singer Davido and his baby mama, Chioma, are swooning over their latest Instagram exchange. 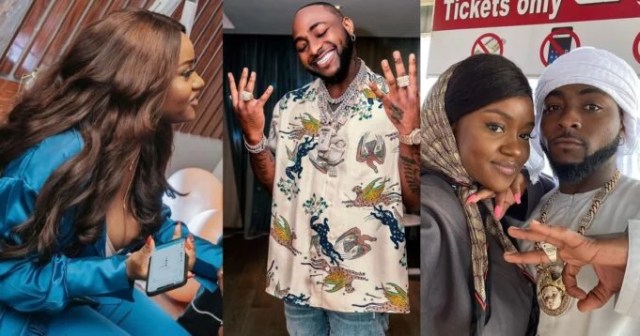 The chef, whose culinary abilities have received acclaim from the artist on several occasions, recently shared recipes and a step-by-step video on how to make a special delicacy.

Davido’s comment caught Chioma’s attention, and she in turn responded with a love-struck emoji.

See their exchange below, 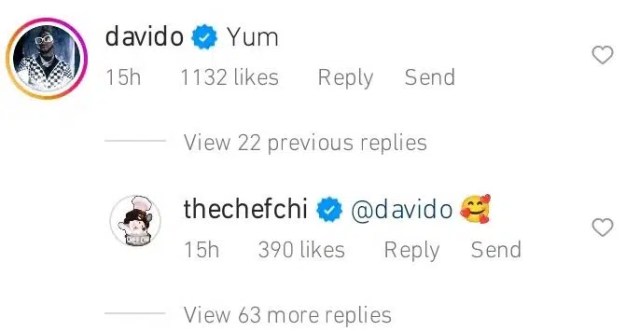 Davido’s comment also received over a thousand likes and replies from their fans, who flocked to the comment to laud over their special chemistry.

no get frequency ooooo”.

@niceboy_uche, “@davido normally OBO love food pass everybody for this comment…if u dey hungry don’t ever look at obo while he is eating..because the hunger will chock you well well

Meanwhile, they probably are not romantically involved anymore but it’s seemingly apparent that the duo have a quite cordial relationship.

Nigerian singer, Davido took to his social media page to share a screenshot of himself having a video chat with the mother of his son, Ifeanyi, Chioma.

He shared the screenshot which showed Chioma with her face in her palms and captioned it My Gist partner.

His caption came with a “smiling face with hearts” emoji as well as the “fingers crossed” emoji.