Popular dancer and singer, Korra Obidi, has revealed that she’s open to dating another man following her messy split from her estranged husband, Justin Dean. 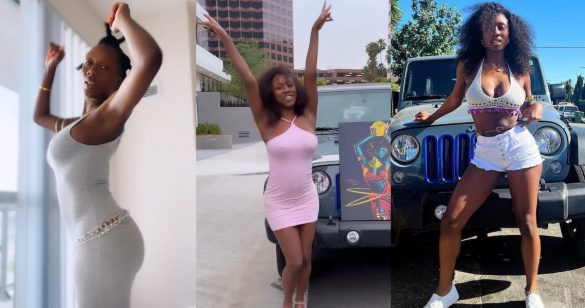 The mother of two made this revelation during a Facebook live session, noting that her doctor has declared her fit for a romantic relationship.

Speaking further, Korra noted that her ideal man must be kind to her kids and have a great sense of humor because of her personality.

Recall that Korra Obidi and her estranged husband, Justin Dean, parted ways a few months ago, just days after the birth of their second child, Athena.

Watch her speak below:

News recalls that Korra Obidi, a professional dancer from Nigeria, has spoken out after her split husband Justin Dean announced his new partner.

The mother of two uploaded a brief video to her Instagram account featuring herself and her girls. In the video, the singer from the US and her daughters June and Athena were seen wishing fans a happy morning.

The always enthusiastic dancer added a compliment to herself by saying that she is fortunate.

This comes after her ex-husband Justin Dean shared a video with a Nigerian fashion designer named Tukumbo Daniel on his Instagram story a few hours prior, making hints that they would go on a date.

Justin Dean had previously said that he doesn’t have plans of remarrying and wishes to focus on his children but there seems to be a slight twist currently.

Korra’s daughter, June Dean could also be seen smiling at the camera as they all laid on a bed.

Korra Obidi and Justin Dean parted ways a few months ago. Dean announced their separation barely a week after they welcomed their second child.