The Lagos State Police Command says it has arrested 114 robbery suspects and shot dead seven others in the last two months. 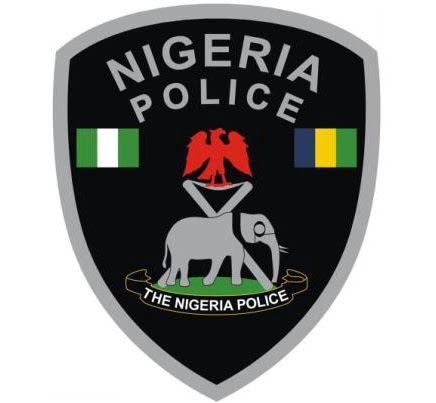 Commissioner of Police, Hakeem Odumosu at a news conference on Wednesday in Lagos said crime rate in the State had drastically reduced, saying that from November 2019 to date, the Command arrested 114 armed robbery suspects.He also disclosed that the command successfully foiled 72 robbery attempts, while seven robbery suspects died during exchange of fire with the Police.The commissioner added that 46 suspects were arrested for cultism, three suspects arrested for kidnapping and 82 suspects arrested for murder.


“The state recorded 9 cases of suicide. 25 assorted firearms with lots of ammunition of different calibre were recovered. The Command also recovered 11 stolen vehicles.“A total of 2,300 motorcycles were impounded during enforcement of Lagos State Traffic Laws: A total of two thousand, three hundred (2,300) motorcycles were impounded, from recalcitrant commercial motorcyclists across the State, between 18th November and 31st December, 2019. All the motorcycles impounded were handed over to Taskforce in Oshodi, for further action. Meanwhile, the exercise is being intensified.“A total of 447 suspects were arrested during raids of criminal hideouts: Acting on credible intelligence, the Command raided some criminal hideouts, uncompleted and abandoned buildings in different parts of the State. A total of four hundred and forty-seven (447) suspects were arrested over the last one month and taken to Taskforce, Oshodi for further action.“Out of this number, fifty-three (53) were warned and released while three hundred and ninety-four (394) were charged to court. Out of those charged to court, two hundred and ninety-six (296) were convicted, while ninety-eight are still awaiting trial. 383 suspects were arrested in a clampdown on social miscreants: The Special Strike Force on Social Miscreants which I established, took the battle to the doorsteps of social miscreants at Ikorodu, Agege, Itire, Isheri-Oshun and Oshodi.“One hundred and ninety-two suspects were arrested. Out of this number, thirty-eight were warned and released while eighty-seven were charged to court. Sixty-seven are currently being profiled. Two locally made pistols with thirty unexpended cartridges, weeds suspected to be Indian hemp and some cutlasses/axes were recovered from the hoodlums,” he disclosed.However, Odumosu said the police had reviewed their strategies and had initiated far reaching approach to totally eradicate the menace o cultism and gangsterism in the state, even as he launched a Special Strike Force on social miscreants to effectively combat those miscreants who had chosen the wrong path of life.“We are taking the fight to their door steps, we are all out for them. We will fish them out, isolate them and bring them to justice. We are battle ready to uproot every cultist den and hideouts until they are totally defeated,” he vowed.“Let me therefore, use this medium to sound a warning to members of those gangs and cult groups to either renounce their membership or be prepared to face the full weight of the law. This is a promise. And to parents and guardians of those youths, my message is simple, monitor the activities and movements of your children and wards and make sure that their mission on the public space are legitimate otherwise, they should steer clear.

“I, therefore, call on everyone both old and young, rich and poor to join us in this noble fight. We must cleanse our communities off those few criminal elements who have threatened our social and economic well-being. Together we can subdue them,” he added.The Police Commissioner said his mission in Lagos was to provide a safe and secured State that would guarantee the socio-economic well-being of the people and enhance their quality of life, which he said, would be achieved through evolving more courageous, dedicated, humane and professional police officers in the State.On the command’s policing plans for 2020, Odumosu said these included full implementation of Community based policing policies and strategies that would close the gaps between the police and the people, foster cordial relationship and build strong and effective partnerships; visibility policing and prompt response to distress calls; intelligence-led policing approach, professional and unbiased investigation of criminal cases and diligent prosecution; respect for and protection of human rights and zero tolerance for corruption, multi agencies collaboration and capacity building for officers and men of the Command and enhanced welfare package.

Alleged corruption: ”Lying is the most consistent achievement of Professor Osinbajo as Vice President” Reno Omokri

Friend of medical doctor who committed suicide claims he was a sickler who suffered seizure attacks.