Baba Ijesha, who has been in police custody since April for allegedly defiling the foster daughter of Princess, was granted bail late on Monday evening, May 17th, on health grounds by a magistrate who was at the State Criminal Investigation Department SCID Panti to review some cases in a bid to decongest the police facility.

Meanwhile, the actor’s lawyer, Adesina Ogunlana, is working towards perfecting his bail condition, including having two sureties.

One of the sureties must be a Level 10 Public officer while the second surety must be a relation of the actor. The bail is put at N500 000 in bond. Baba Ijesha is yet to be charged to court due to the industrial strike by the Judicial Staff Union of Nigeria.

READ ALSO:  “I will lead a protest for Princess’ arrest” Yomi Fabiyi continues to rant

Reacting to this, Princess took to her Instagram page to reiterate that she has not lost hope even if Baba Ijesha has been granted bail.

She wrote: I will win not immediately but definitely. 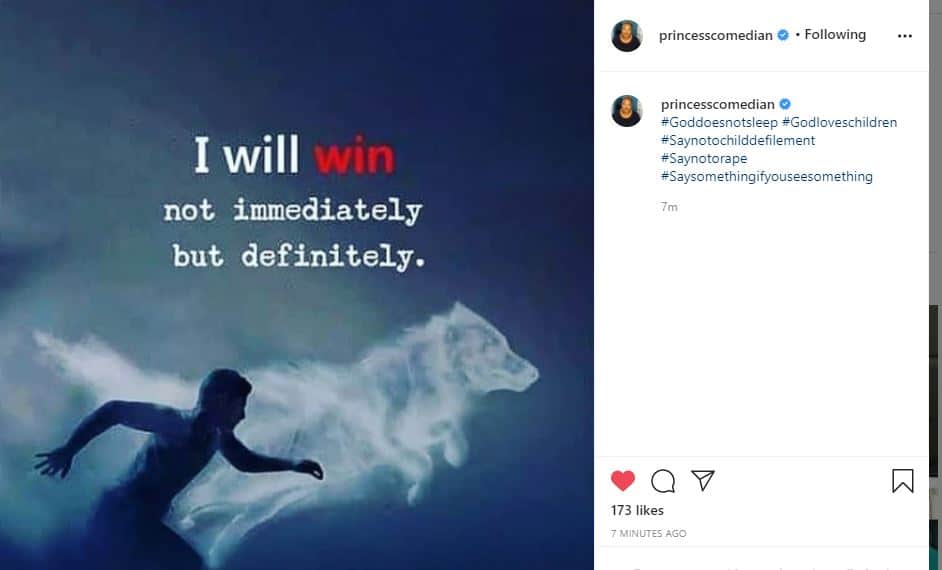