Remy Ma releases another Nicki Minaj diss track, but nobody is feeling this one. » Naijabulletin
BREAKING
Published on: September 20, 2021


American rap star, Remy Ma, who set the internet on fire with her “shether” Nicki Minaj diss track, has released another diss track “another one”, while also sharing a throw back photo of Nicki Minaj before her surgery. However, nobody is feeling this one, as fans slammed her, saying this is nothing compared to “shether”.

According to fans who are now calling Remy a hater, the new diss track is so bad that it
ruined shether.  Lyrics of the rap song in a second;

“I guess you know now who the head b-tch isI’m a savage, I be killin’ dead b-tchesI bet you wish that you ain’t never said shitNow they so busy shootin’ videos and I’m like nahWhere the fu-k is your song? I mean, come on”

Then her fans react; 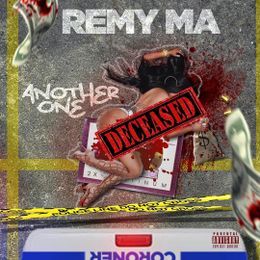 Transfer the political leadership to the youths’ – Comedian, I Go Die writes a very interesting open letter to President Buhari.

I hope to assist Lampard at Chelsea when I retire – Mikel