Photos of an Indian businessman is trending online and they show him with a different color of Rolls Royce for every color of turban he wears. 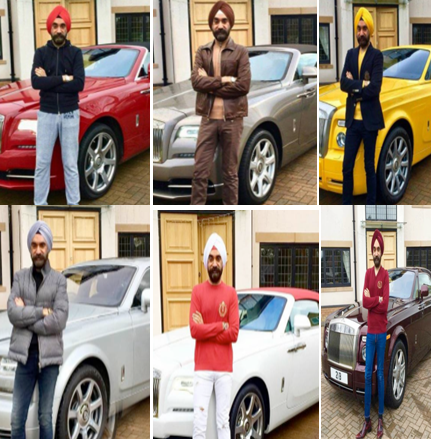 The man’s name is reportedly Sardar Reuben Singh and he lives in London. Singh reportedly rose to prominence in the 90s after founding teenage fashion chain, Miss Attitude. However, in 2007, he was forced to declare bankruptcy and sell his company for peanuts.
Rumor has it that Singh got cars to match his turbans after another English businessman mocked his turban. In response, he decided to shut them up by buying Rolls Royce in different colors for every turban color he has.
The photos of Singh went viral after it was posted on Facebook by Indian vegetarian bodybuilder, Varinder Guhman. It had lots of people sharing it and writing articles about it. 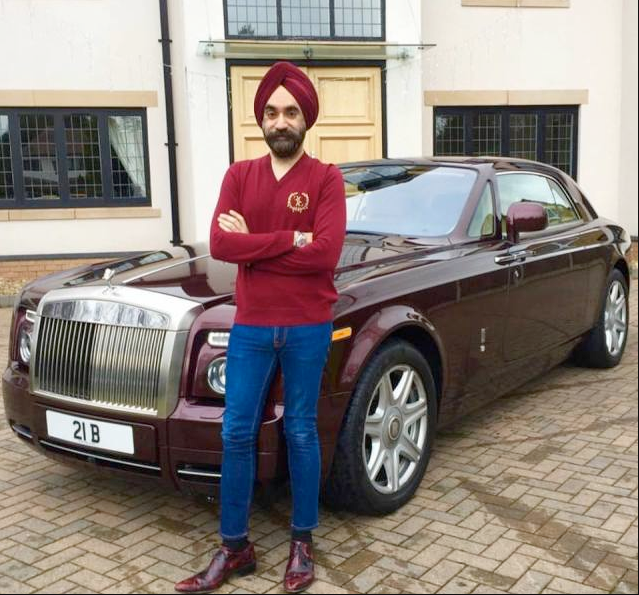 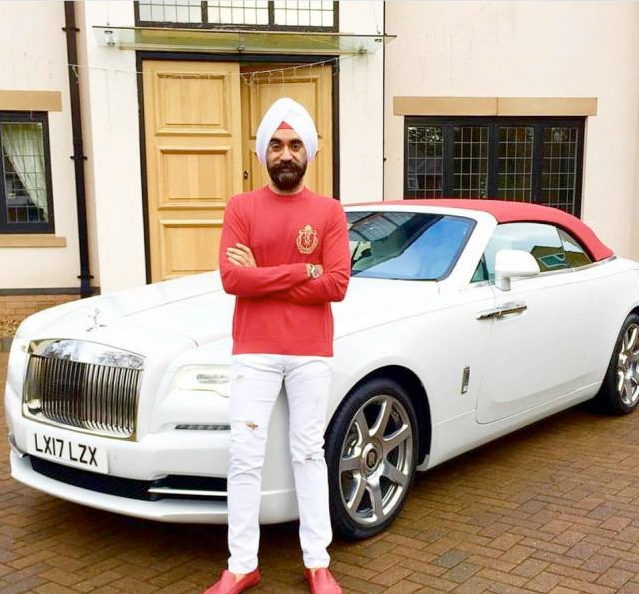 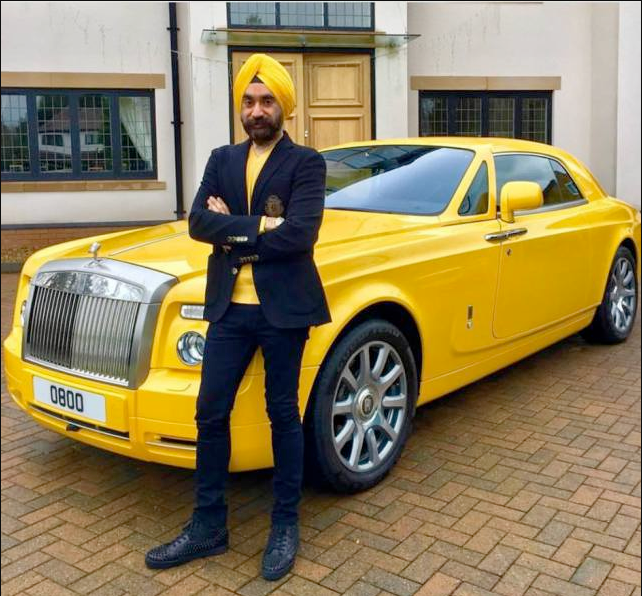 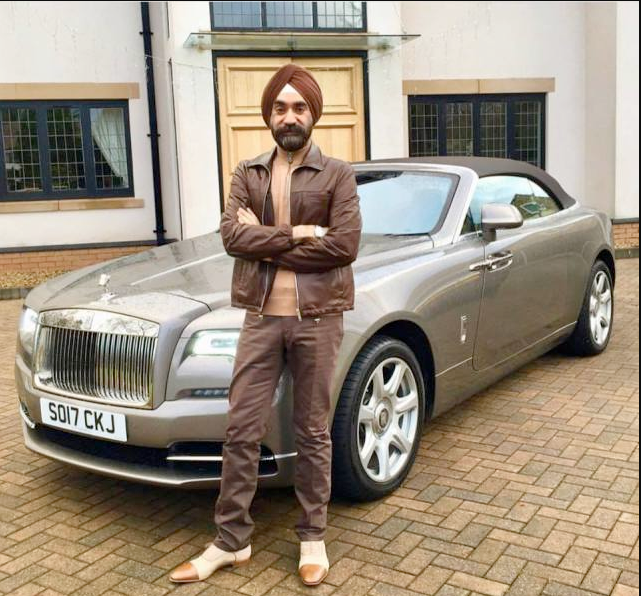 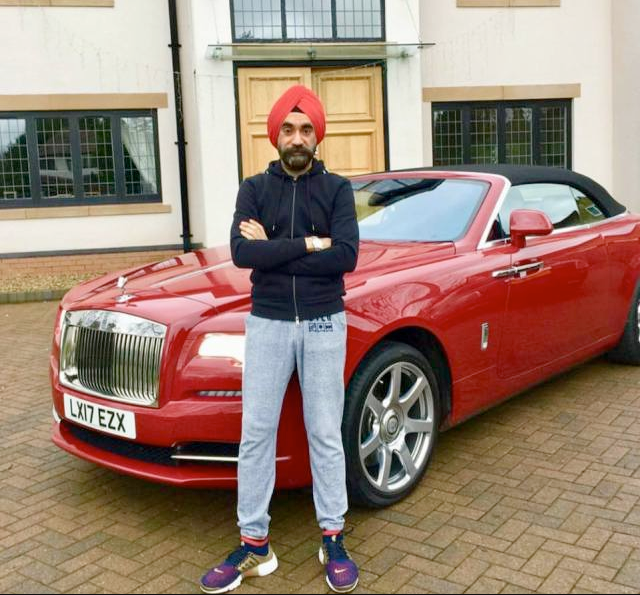 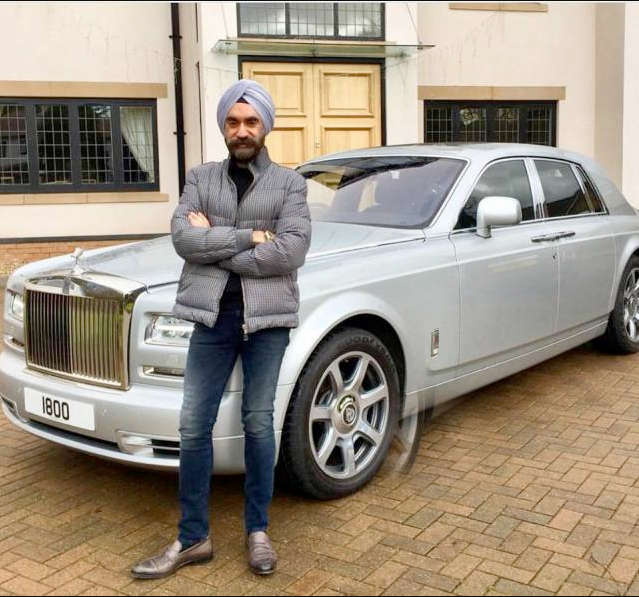