After Baba Ijesha was granted bail, see what Nigerians are saying about Iyabo Ojo who was against it » Naijabulletin
BREAKING
Published on: September 17, 2021

see what Nigerians are saying about Iyabo Ojo…

Mixed reactions have trailed the name of popular actress Iyabo Ojo after her colleague, Baba Ijesha, was granted bail.

The recent weeks in the Nigerian entertainment industry has been filled with different dramas, and one of them is the issue of Baba Ijesha.

It is no longer news that men of the Nigerian police picked up Baba Ijesha after CCTV footage of Baba Ijesha sexually molesting a 14-year-old girl kept in Comedian Princess custody.

Well, Iyabo Ojo fought heavily as she vowed not to allow Baba Ijesha leave where he was held custody and that justice must be served.

READ ALSO:  Actress, Iyabo Ojo mourns as she loses her mother to the cold hands of death

Well, fast forward to yesterday, reports hits the Internet that Baba Ijesha had been released on bail.

This obviously would not be sitting well with Iyabo Ojo as she made a video blaming Nigerians for it.

Well, now some Twitter users have taken to the platform to make mockery of her.

See some tweets in the screenshots below:

@mediapenthouse wrote: “Accent yi gaan lasan Why is she behind a desk on a chair? Na presidential address? So she dressed up & did makeup to address the nation.”

@iamfireceasfuck Replying to @mediapenthouse wrote: “She’s right, but it’s d law and it’s a bailable offence, and he will still be trialed. But the case of seven years is gone. But the present case is still a jail offence, because there is evidence against him already.” 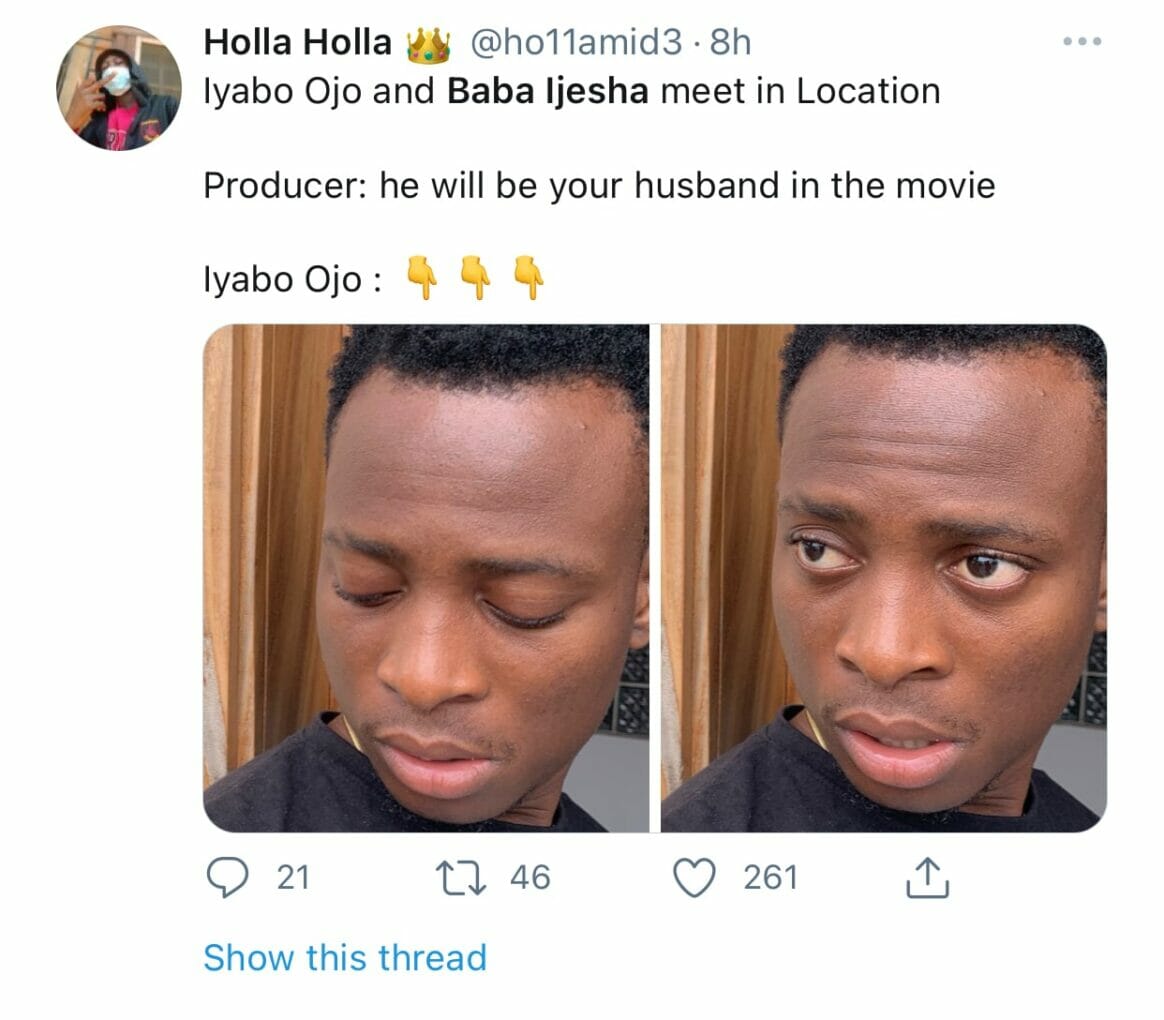 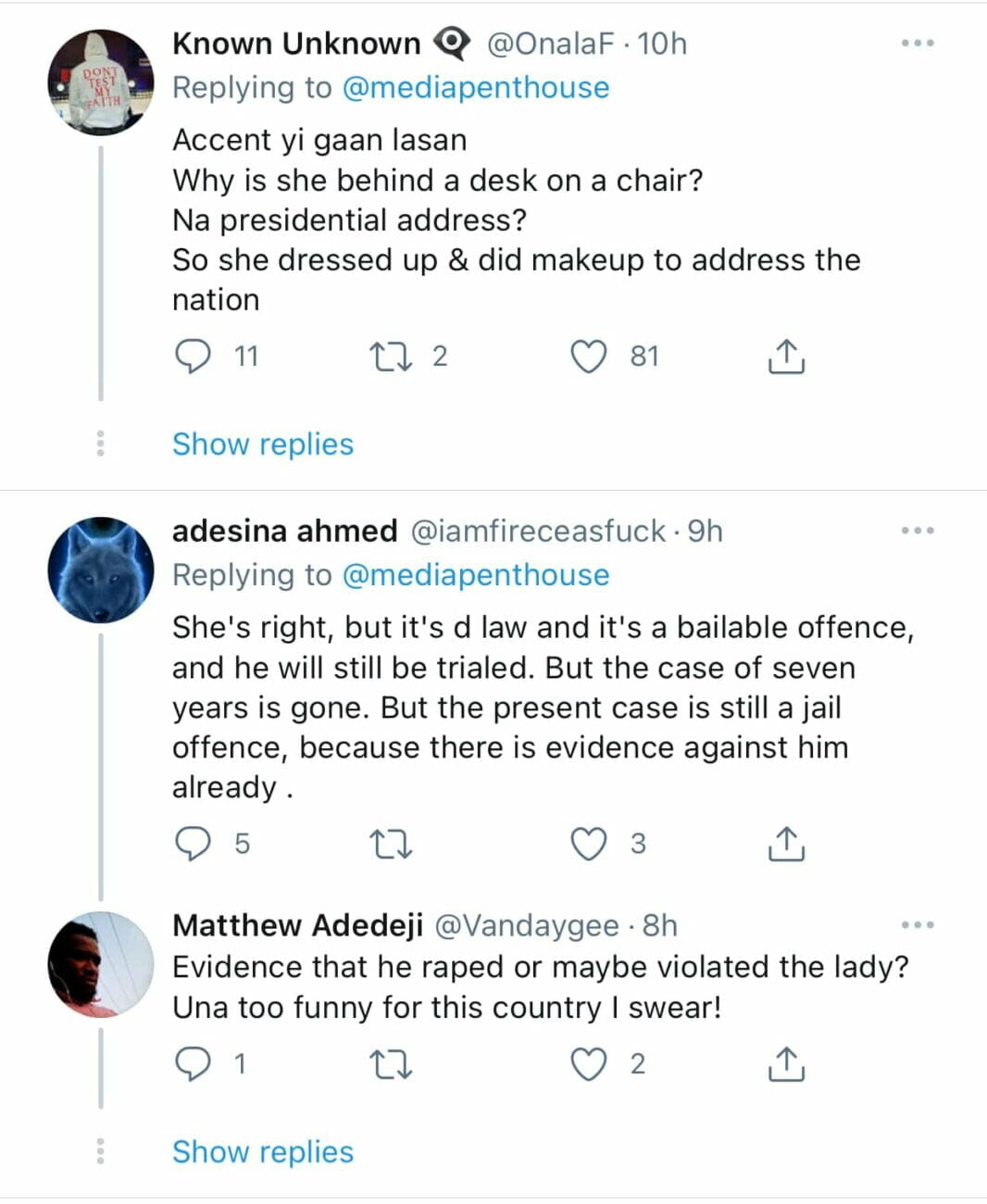 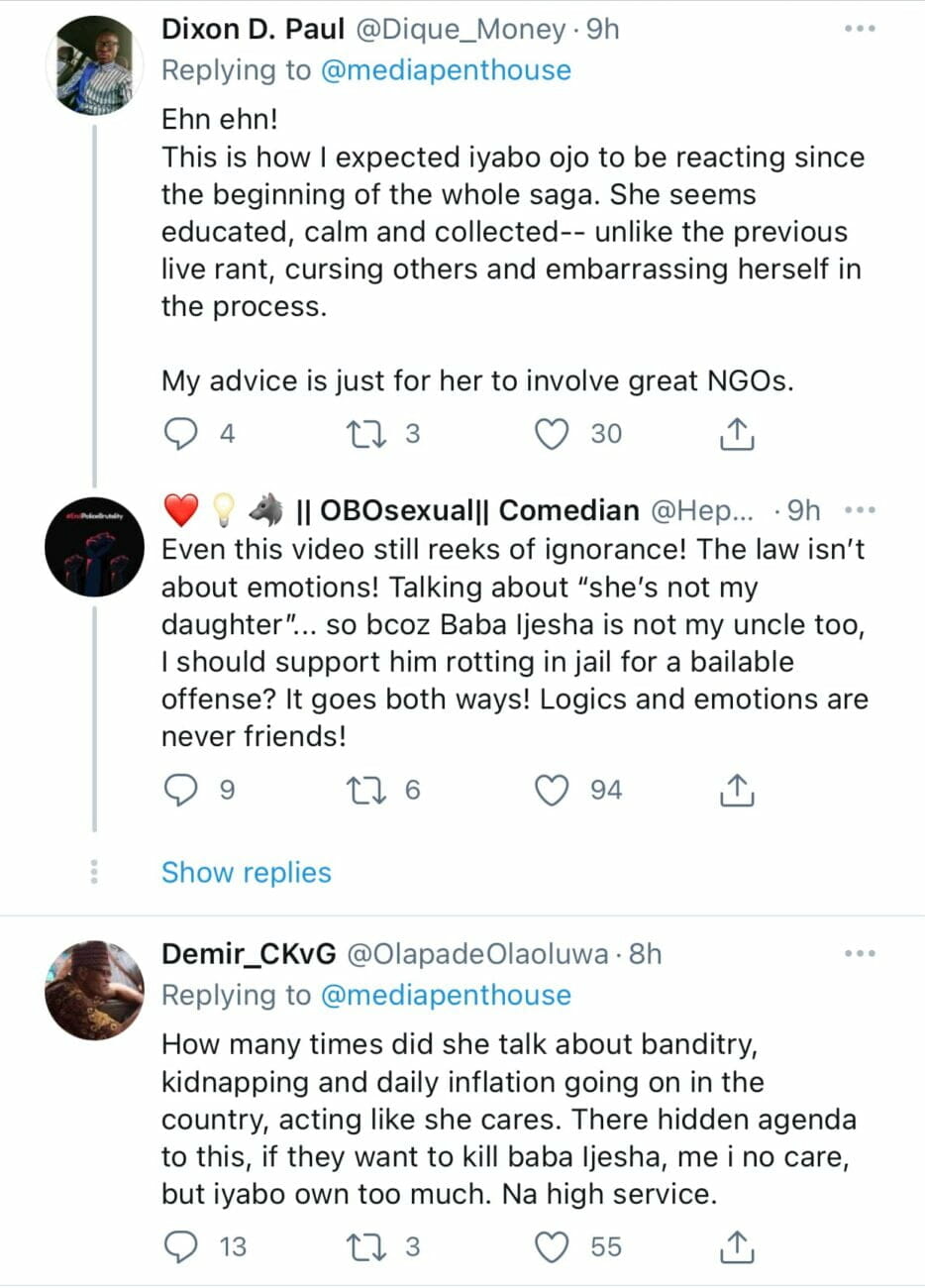 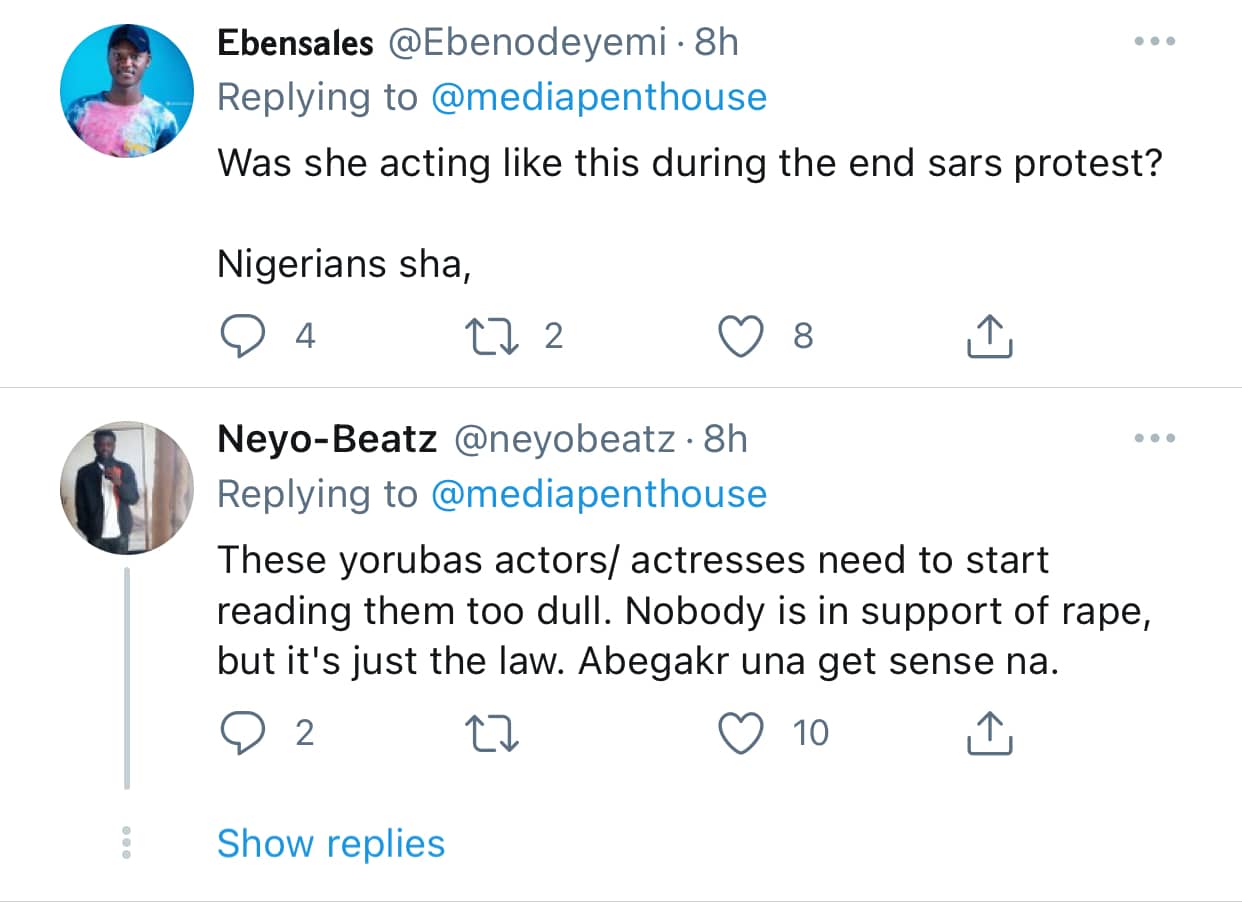