Richard has been a blazing fire on the internet with stunning pictures since the start of July for his Grand birthday.

According to the ageless actor, clocking 60 has been an incredible journey, and he is so grateful to God to have witnessed it.

READ ALSO:  ‘None of my parents lived to be 60’ Actor Richard Mofe Damijo breaks down in tears, speaks on battling spectre of death

Speaking about being thankful, he earlier mentioned he broke the yoke in his family as his both parents died before they turned 60.

Sharing a stunning photo, he wrote:

Finally
It’s dawn
And it’s my birthday
What an incredible journey
This has been
Yet I won’t tire
Just super grateful
And thankful
Life like a Nollywood movie
To God be the glory! 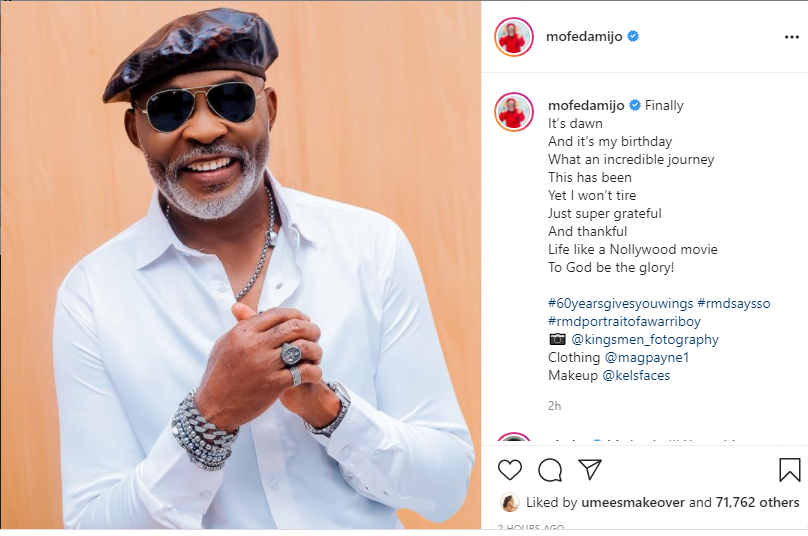 News recalls that the veteran actor had fulfilled one of his life goals: putting on an earring before turning 60.

According to Richard, he has been dying to use an earring but got discouraged by what people will say.

‘None of my parents lived to be 60’ Actor Richard Mofe Damijo breaks down in tears, speaks on battling spectre of death