‘She cheated on me with Don Jazzy’ Korra Obidi’s husband, Justin Dean, makes shocking revelation in a leaked chat

Despite being separated, Justin Dean, the husband of Instagram dancer Korra Obidi has continued to spill some beans about their marriage.

In a chat that surfaced online a few minutes ago, Justine Dean accused his wife, Korra Obidi, of cheating on him with Mavin Record boss, Don Jazzy.

Justin Dean said he recently discovered Korra Obidi’s relationship with Don Jazzy and will soon spill details about it in public.

Meanwhile, Instagram blogger Cutie Julls alleged that Korra Obidi was having a romantic affair with Peruzzi despite being married to her husband.

The sources revealed that the report of the extra-marital affair is confirmed, but Korra Obidi claimed not to have cheated on her husband, Justin, because she used a condom. 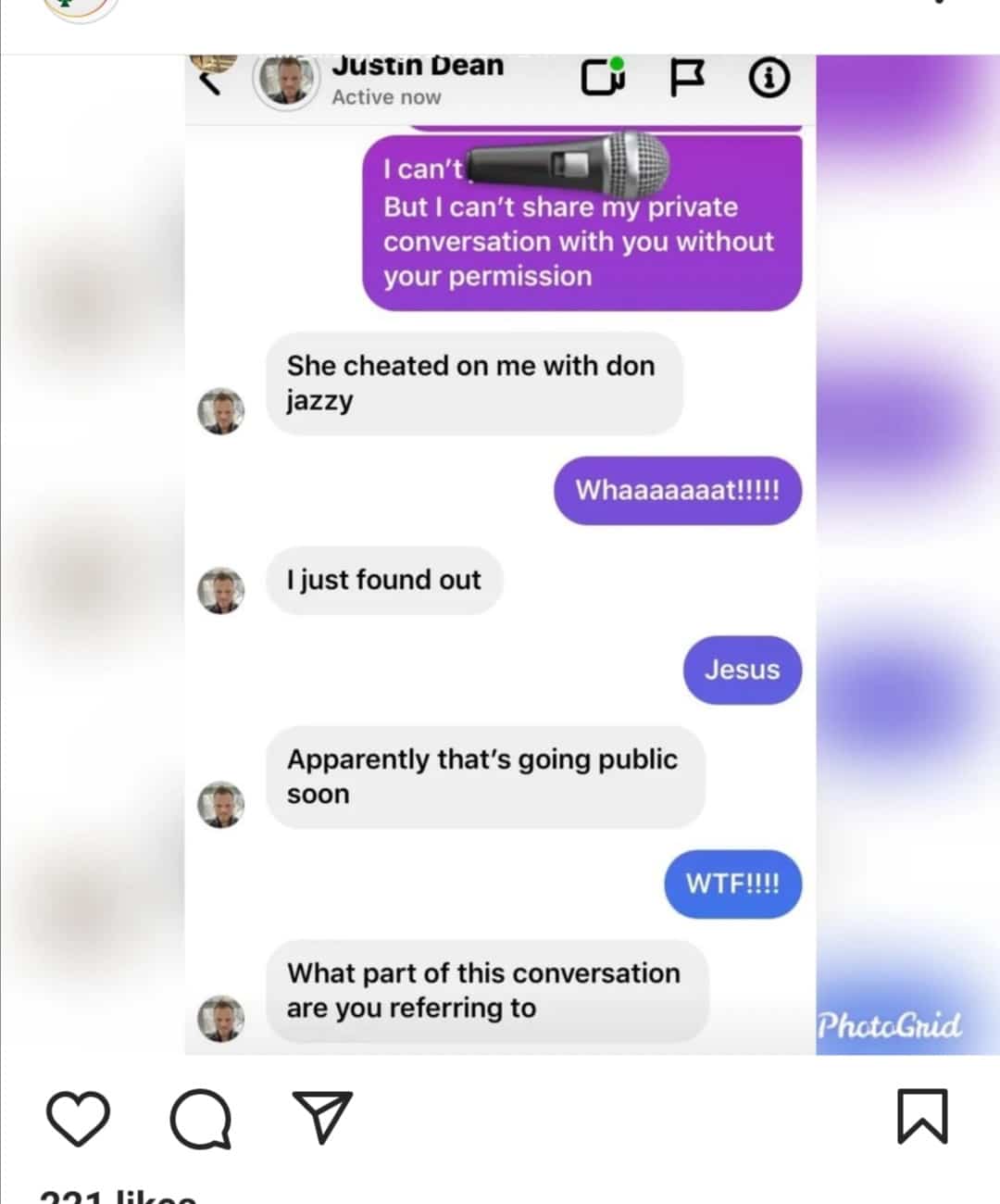 News recalls that Justin had accused Korra of adultery during their 6 years of marriage.

Announcing their divorce, Dean wrote, “I am tired of narcissism, cheating and lack of accountability. I have been trying since 2018 to save our marriage and if I don’t do exactly what she says, she divorces me (sic). I have been a prisoner that has his family used against him if she does not get exactly what she wants.”

Recently, a leaked chat between the ex-couple surfaced online where it is confirmed that Korra Obidi cheated on her husband with Lebanese Nigerian based businessman, Joe who is the boss of Ciroc Nigeria.

Korra Obidi had slammed her husband for constantly using the affair against her when he had claimed he had forgiven her.

She also berated him for using demeaning words for her in front of their kids.

Justin replied to her and stated that he was hurt hence the reason why he uses such words.

According to him, he was hurt with the divorce and as such he said words to hurt her which doesn’t mean he is a narcissist.

Blogger, Cutie Julls who leaked the chat alleged that sources told the blog that Joe Nazal had named his Lagos Night club, Moist as a memory of his 3 months intense romance “serious relationship” as per bedroom matters.

Another source revealed that Korra had maintained she used condoms on most occasions with Joe so it’s not really cheating.

‘She cheated on me with Don Jazzy’ Korra Obidi’s husband, Justin Dean, makes shocking revelation in a leaked chat