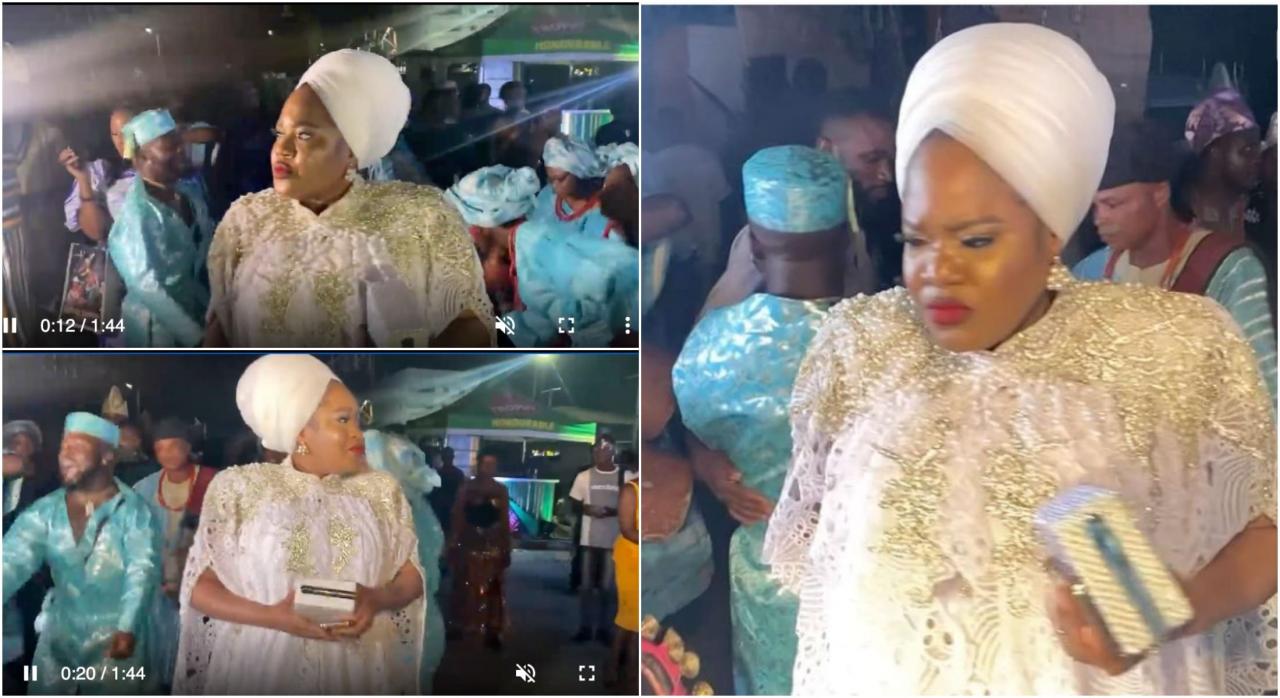 Some fans have expressed concern for Nollywood actress Toyin Abraham over her appearance at the movie premiere of her colleague Femi Adebayo.

On Sunday 4th, April 2022, Femi Adebayo premiered his movie titled ‘King Of Thieves’, and many Nollywood stars and fans came out to support him.

However, Toyin Abraham surprised her fans with her outfit for the movie premiere, as they had expected a costume that would represent her character in the movie.

Apart from her outfit, Toyin Abraham, in the video shared by Goldmyne TV, was also feeling unease which stirred mixed reactions from fans.

basiratadenike23 wrote: I think toyin is pregnant and stressed

poshyinkus wrote: She’s not having it at all , she for stay house and rest o, she looks stressed

News recalls Toyin Abraham penned a tearful tribute to her godmother Tayo Fakorede as she celebrates her birthday on 3rd April 2022.

In the lengthy post on her Instagram page, Toyin Abraham said Tayo Fakorede means so much to her and her entire family, and she’s grateful their paths crossed.

Toyin Abraham said Tayo Fakorede has always been a source of inspiration to her and has come through for her family in numerous ways.

According to Toyin Abraham, her godmother, Tayo Fakorede, has shown her nothing but love and had fought many battles for her, including those she is unaware of.