Legendary singer, Innocent Idibia, popularly known as 2Baba, has reacted to the death of his colleague, Davido’s son, Ifeanyi. 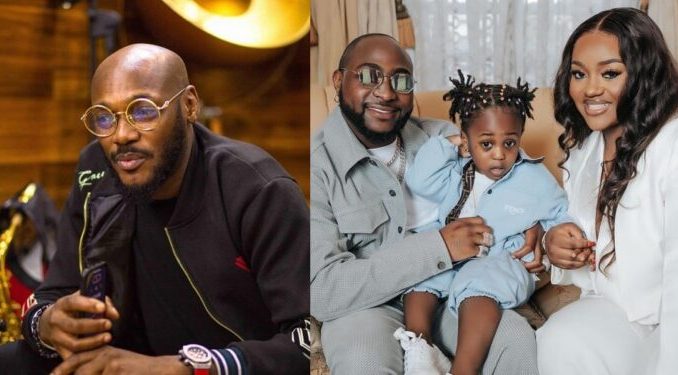 Ifeanyi, Davido’s three-year-old son with his fiancée, Chioma, died on Monday, October 31, 2022, after he drowned in a swimming pool at his father’s residence in Lagos.

Following the incident, fans, politicians, top personalities, Nigerian celebrities, and international music stars have trooped to social media to offer condolences to Davido and his fiancée.

Veteran singer, 2Baba, recently took to his Instagram stories to react to the tragic news.

2Baba, who noted that the incident rendered him speechless, shared a photo of Davido and Chioma with their son and stated that no one truly understands the pain the couple are currently going through.

“Nobody can truly understand what these 2 young beautiful people are going through right now. This cuts so deep, I’m still speechless”, he wrote. This comes after the Lagos State Police Command revealed that the autopsy conducted on the corpse of singer Davido’s son, Ifeanyi Adeleke, confirmed that the 3-year-old died as a result of drowning.

The state police public relations officer, Benjamin Hundeyin, made this disclosure in a chat with newsmen.

Hundeyin also revealed that the two suspects arrested in connection with the incident are still in custody.

“The two suspects are still with us. Autopsy has been concluded. The autopsy confirmed that he (Ifeanyi) died by drowning,” he said.