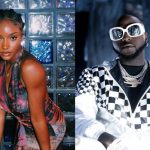 Lamenting on her Instagram story, Ayra Starr revealed that she got into contact with the award-winning singer for the first time.

However, things didn’t go the way she planned as she was caught off guard by the singer’s call.

According to Ayra, she had spoken to the singer on FaceTime.

Ayra who was caught off guard by his call didn’t have the time to dress up and as such, she talked with the singer with a bonnet on her head.

Taking to her Instagram story to vent out, Ayra wrote,

“Guys I just met Davido with a bonnent on my head.

Not my fault I’ve got to keep my darling hair freshhh at all time”.

During a stage performance, hit maker, Burna Boy, who has been described as an inspiration to Ayra Starr recreated her outfit, a pair of feathered jeans and a sleeveless top.

Reacting Ayra Starr shared photos of them both rocking the outfit and declared that Burna Boy wore it better than her. She wrote: ‘Odogwu wore it better.

Also recalled that Ayra Starr had called out a popular airline, AirFrance for not releasing her box.

According to her, the airline which gave her the worst flight experience in her life had failed to return her box two months after she boarded the aircraft.

Appealing to the airline to return her box, Ayra who said the whole situation ‘smells like racism’, said the box contained her music, hence the need for her to have it returned.

Okay, please @airfrance@AirFranceNGplease I just want my box , I’m not even angry again , I forgive y’all but just return my box , please”. 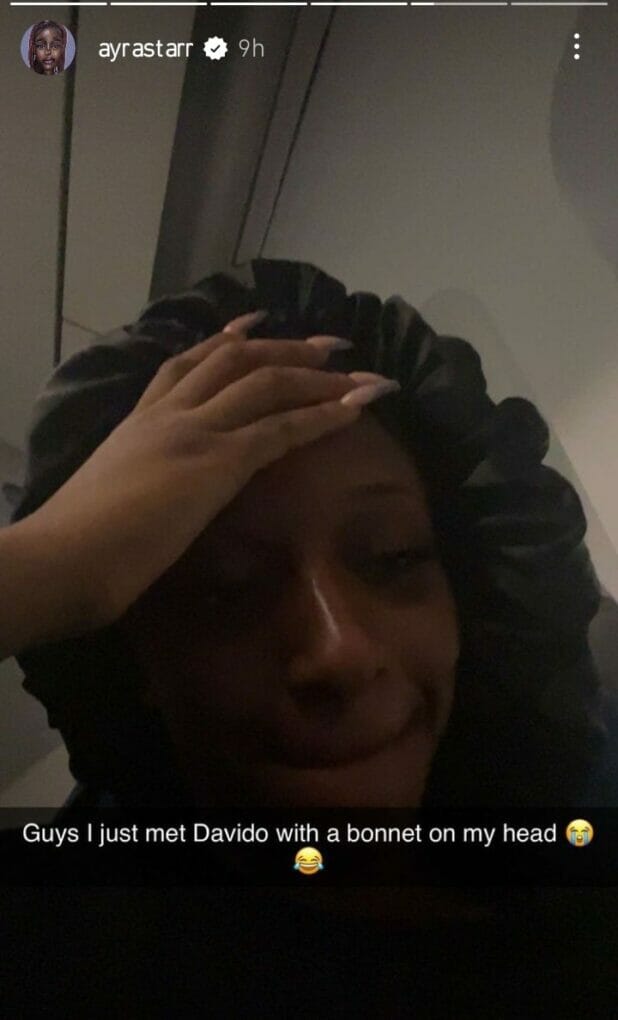 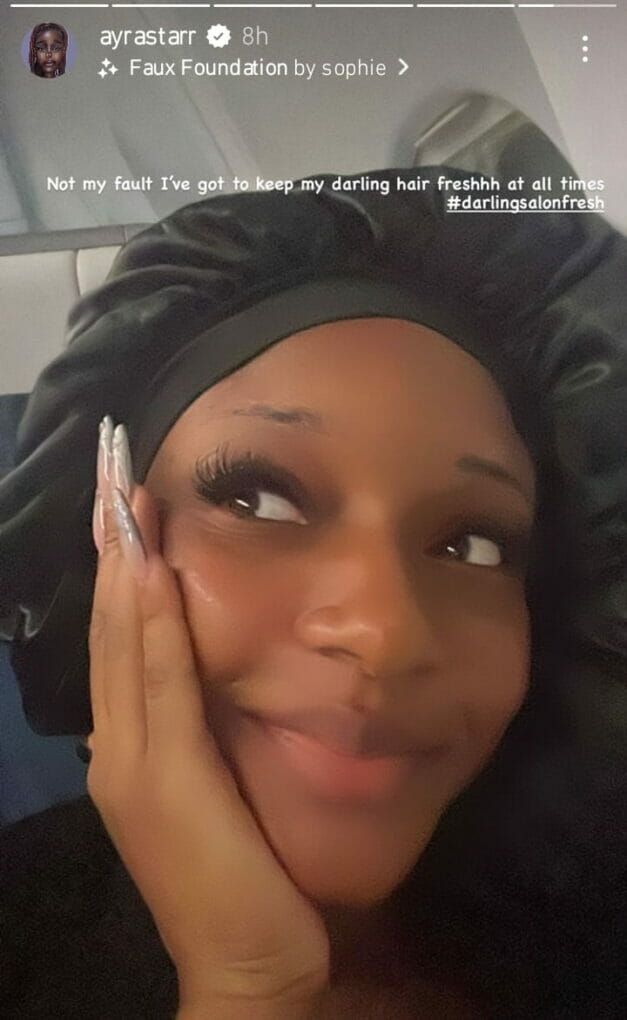