Nigerian singer, Portable, has taken to social media to thank God for his life after surviving a ‘spiritual attack’ from his perceived enemies.

Portable, who recently sacked his entire music team for allegedly showing him fake love, rammed his Range Rover into a building’s railing on Tuesday night, March 29.

He took to his Instagram story to share videos from the accident scene and attributed the unfortunate incident to an attack by some spiritual forces. 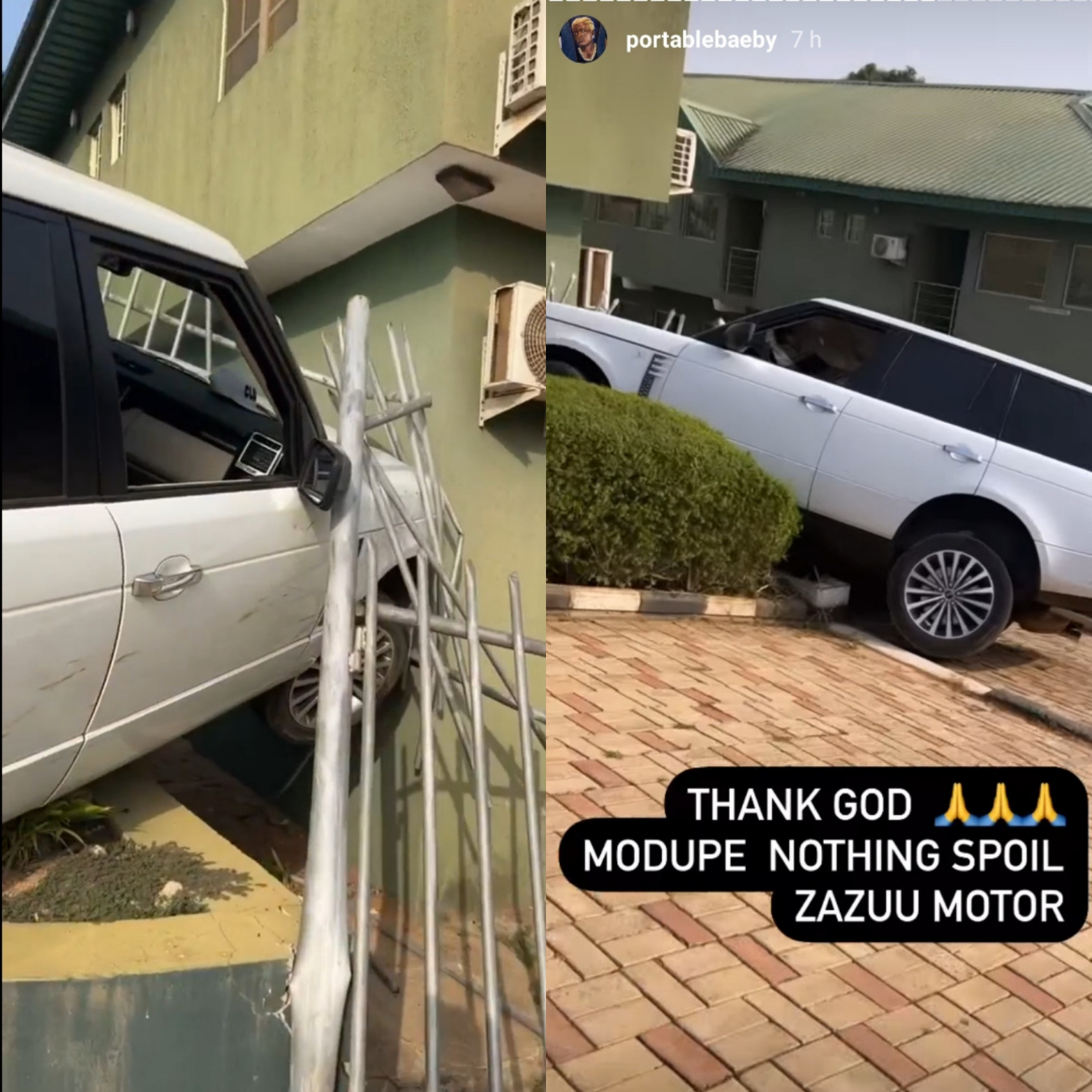 The video shows his car trapped in a garden bed after knocking down the iron gate in front of a house in the neighborhood.

Sharing the video, he thanked God for saving him, as there was no major damage.

In other news, Portable has said that he desires to win the most coveted music award, Grammy, some day.

The Zazu Zeh star stated this in a recent interview with the Punch while speaking about his background, career and rise to stardom.

According to him, he has always enjoyed extra ordinary grace ever since the start of his music career in Abuja, so his good luck and hard work would definitely help him to win the international ward. He added that if he doesn’t win a Grammy, ‘there will be war’.

Portable involved in an auto crash with his Range Rover, says it’s a “spiritual attack”