“My brothers will do anything just for laugh, – Speed Darlington reacts to photo of IG comedian, Zics Aloma dressed like a woman | Naijabulletin
BREAKING
Published on: October 24, 2021

He noted that someone offered him a huge amount of money to rock a wedding dress but he blatantly refused.

“Someone try to pay me 100,000 naira to dress up in a wedding dress I instantly reject. my brothers will do almost anything for laugh this shit is crazy. How scorpion King

next president of Nigeria

be seen in a dress a wedding dress at that? I don’t need laugh that bad 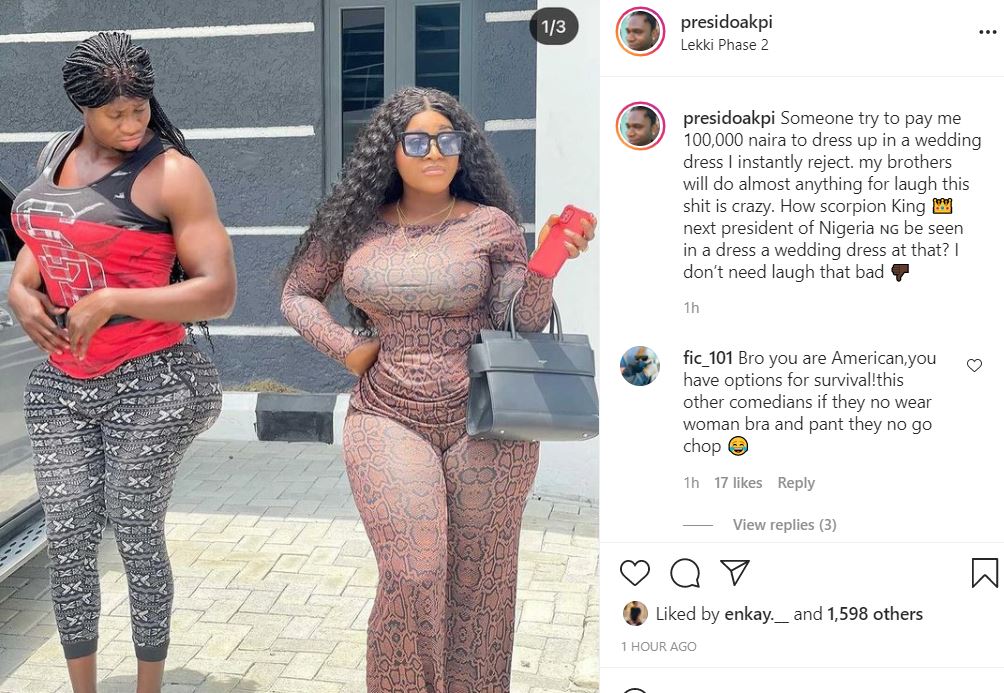 Meanwhile, Nigerian artist, Brenda Uphopho has also berated male comedians who dress like women for their comedy skits as she calls for an end to the act.

READ ALSO:  This is the real reason Chidinma Ekile converted to gospel artiste

Brenda took to her Instagram page to lambaste such comedians as she states that they are exploiting the female gender for their personal gain.

She added that the act of crossdressing in comedy shouldn’t be considered as a form of art because the comedians are misrepresenting women.

“MY Benz Landed in Lagos, and they looted everything inside” – Speed Darlington cries out. (Video)