Husband of Big Brother Naija housemate, Tega Dominic has pleaded with fans to vote for his wife to remain in the house.

Tega’s husband who reportedly handles his wife’s Instagram account, begged fans to vote for the housemate, despite her affair with Boma.

However some fans expressed their annoyance at the fact that the housemate has been engaging in intimate sessions with fellow housemate, Boma despite being married to her husband.

READ ALSO:  “My first suspect was Pere, but he used trust to get it off my head” – Saga tells Ebuka (Video)

They vowed not to vote for her so she will be evicted from the house on Sunday, together with her love interest, Boma.

However, her husband pleaded with fans to forget about her s3xual activities in the house and vote for her. According to him, even ash*wo needs support. 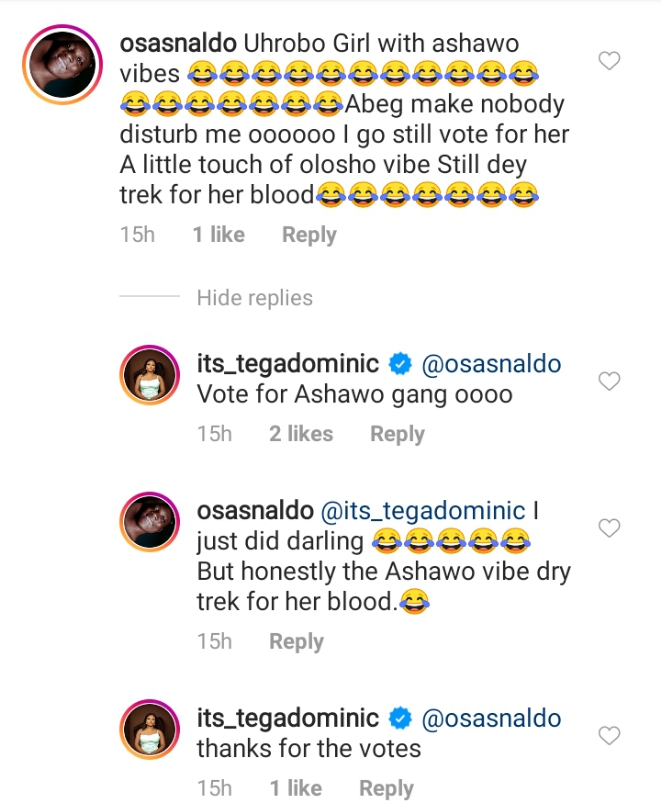 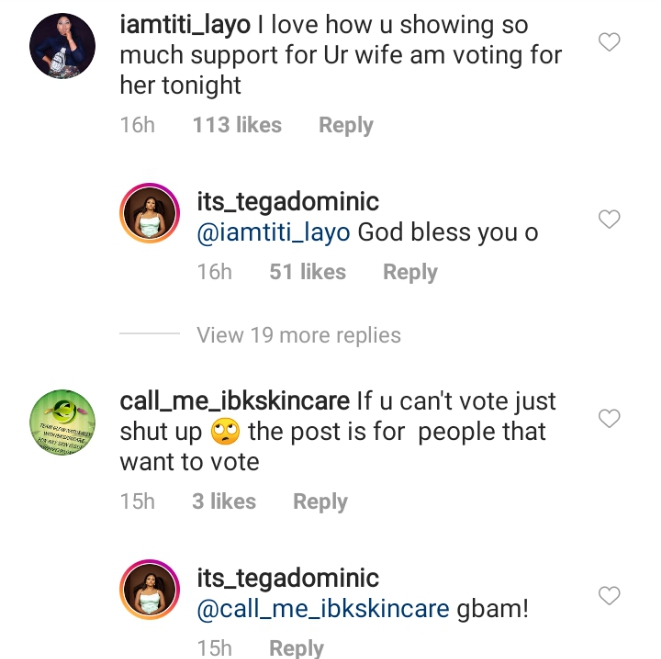 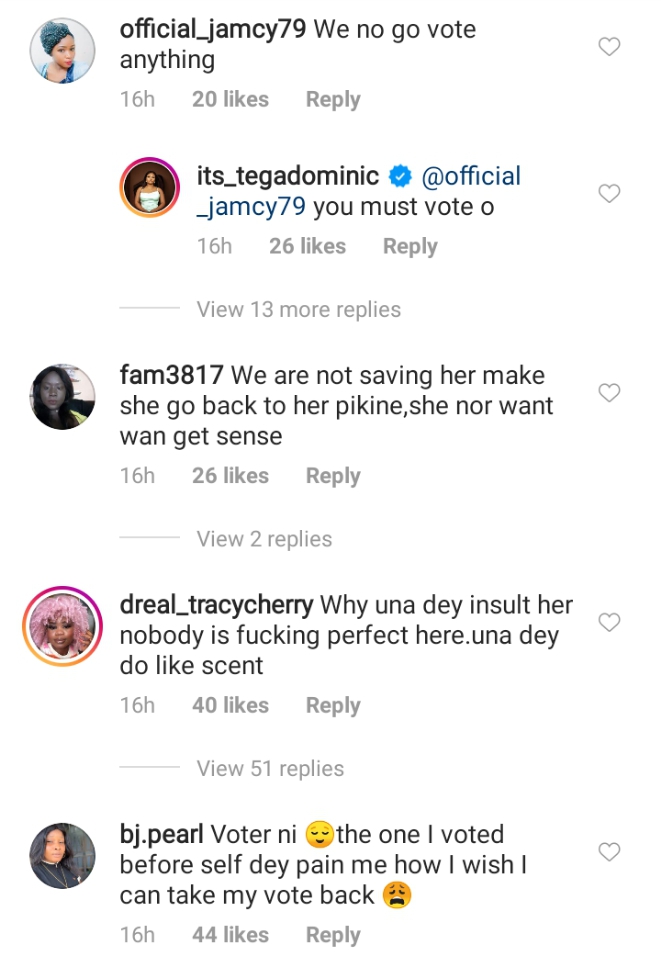 BBNaija: I Had S3X With Tega, Her V!gina Smells Like Fish – Boma Tells Pere (VIDEO)

Bobrisky explains why she abandoned his male gender