‘The cockroach has been released’ Actress Doris Ogala reacts to Prince Kpokpogri’s freedom from police custody
BREAKING
Published on: December 2, 2021

Delta State politician Prince Kpokpogri has been freed from police custody after the Nigerian police declared he was arrested to regain his sanity from the ongoing brawl between him and his ex-girlfriend, Tonto Dikeh.

Friend to Tonto Dikeh and Nollywood actress, Doris Ogala, who had recently mocked him for being detained has made a statement after his release from police detention.

In a post shared via Instagram, she revealed that her other wish of having mosquitoes deal with him was fulfilled even though he was released the day before his stipulated time.

In response to the turn of events, Doris likened Prince Kpokpogri to be a cockroach and extended her regards to the mosquitoes that dealt with him last night.

Ah what do I know! Thanks 🙏 my sweet mosquitoes.. una try last night

Ah what do I know sef.. at least mosquitoes bite last night! 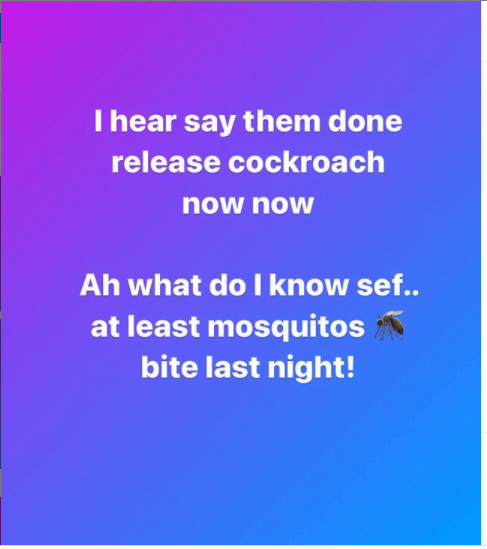