Ubi Franklin and singer, Timaya have decided to put their beef aside and let peace reign.

The socialites who have been at war over Timaya’s negligence following his hit and run accident have squashed their beef.

News recalls Ubi Franklin had blasted Timaya for feeling unremorseful about his hit and run accident on the 8th of March, 2022.

Ubi stated that if Timaya was indeed remorseful, he would have apologised to the victim’s family before going on Instagram live to address the situation.

Reacting to it, Timaya reminded him that he once beat him in January and could repeat it if he doesn’t tame his tongue.

Timaya tweeted, “Ubi Franklin u remember the beating I gave u in January last year? Don’t let me beat u again, and pls I like your new JOB. As Ifeanyi ‘s NANI and pls don’t mess it up. Davido is a good guy he can make ur life. Pls focus on or new JOB. Thanks”.

Lashing out at him, Ubi Franklin called him out for lying about beating him.

He reminded Timaya that he was in a drunk state when he did that and had immediately apologised to him.

According to him, during the incident, some ‘big men’ who he kept anonymous had prevailed to save Timaya from Ubi’s hand.

In a series of tweets which he posted on his Instagram page, he called the singer petty for being angry because he called him to order.

He stated that the public think Timaya could beat him up because of his gangster personality, but they are wrong as Timaya once apologised to him because he was high and had attacked him unprovoked.

In a new update to their fight, Timaya and Ubi decided to let peace reign as they settled their dispute in private.

Ubi Franklin shared a screenshot of his call with Timaya with the caption, “Just got off the phone with @timayatimaya There is peace in the land. We move to greater things”.

Many didn’t buy their peace making, while some claim their fight was to clout chase others averred that Ubi was afraid of the singer.

nellydondada : Cutie I am surprised you didn’t know they were chasing clout. Mtchewwwwww

princ.ess441 : The fear of beating

favourclement5 : wahala for who dey put for social media drama online judges in the mud

halie_esmeralda : No ones teeth will be removed again…” 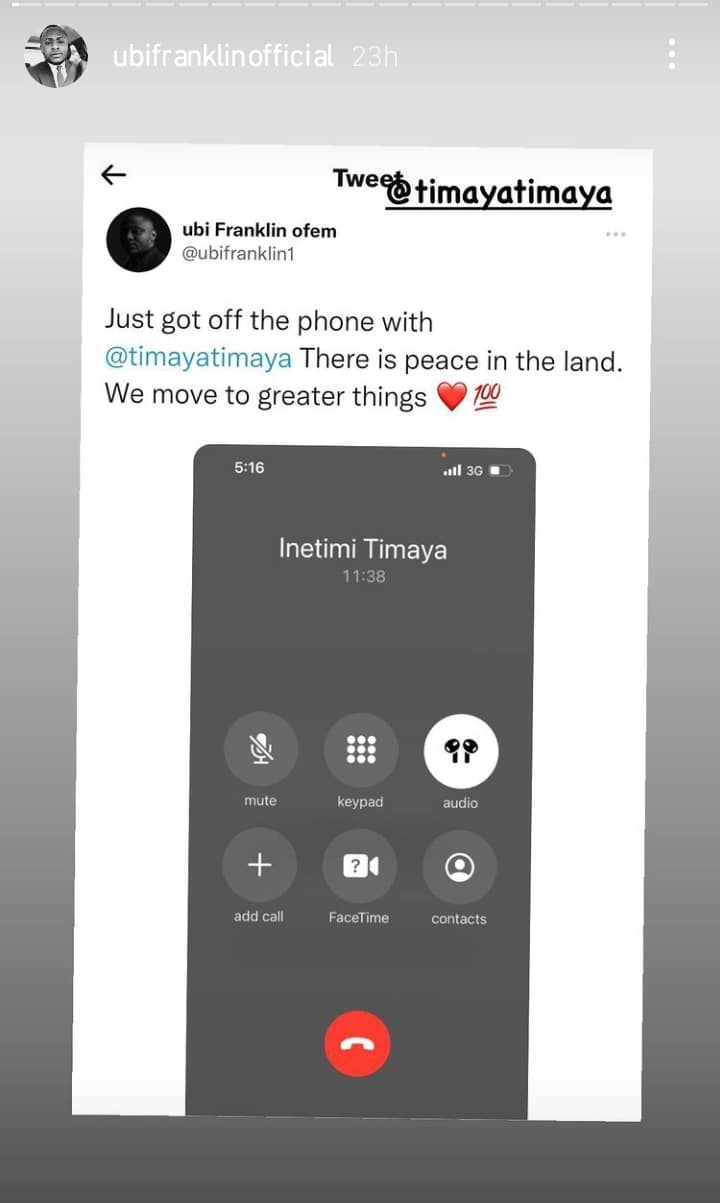 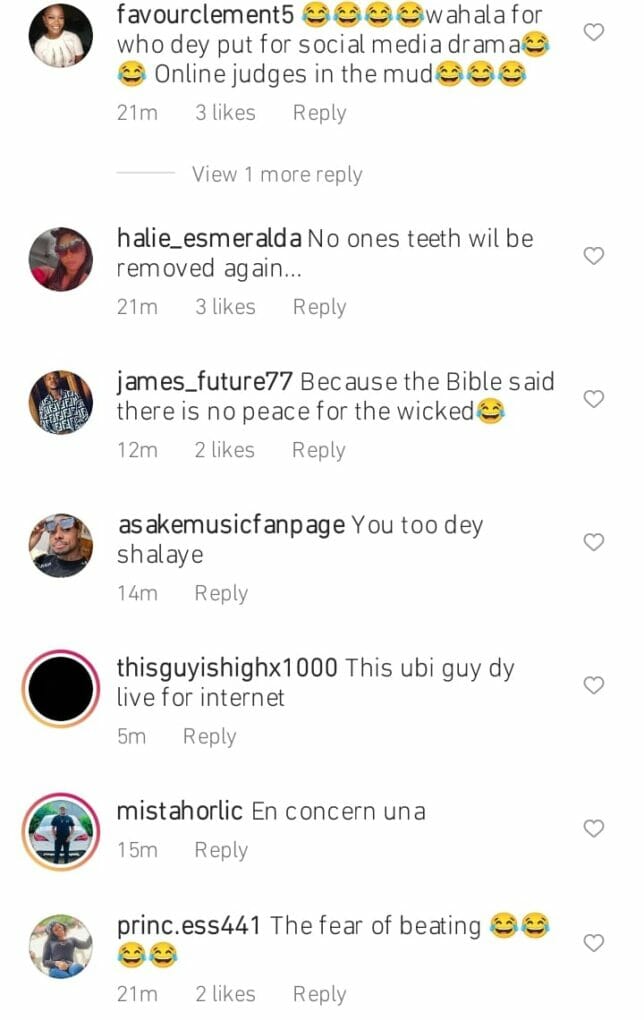