The number of suitors who left because I refused sex is alarming – Moyo Lawal cries out | Naijabulletin
BREAKING
Published on: December 2, 2021

Moyo Lawal has questioned if it’s possible for a man to stay in a relationship with a woman when sex is not involved.

She added that a number of suitors have left her because she refused to have sex with them.

Possible ? Because the number of suitors who left because I refused eeeh is quite alarming • • • but anyways if you can’t beat them… you ?? God help us all 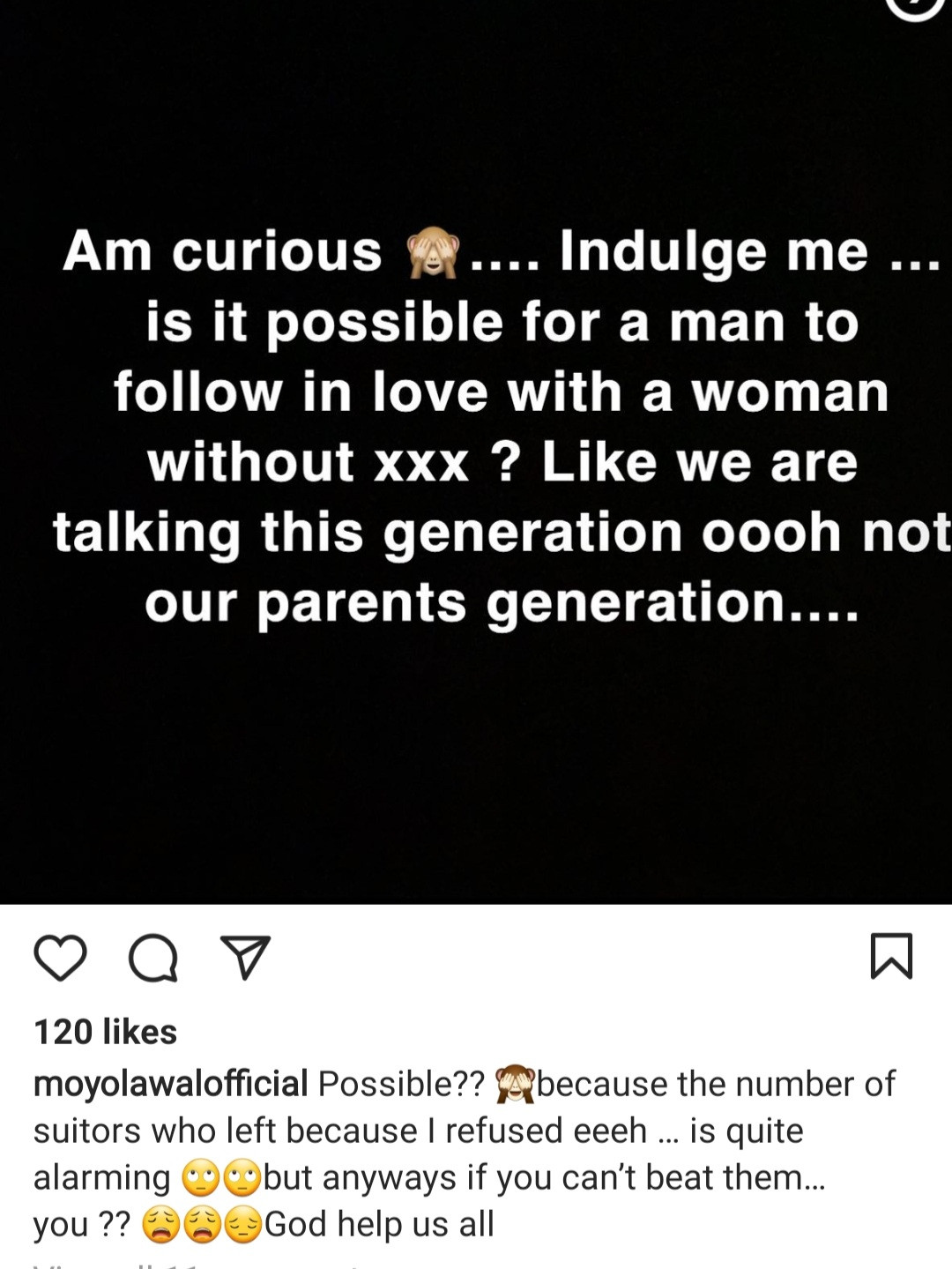 If you didn’t get married as a virgin, you’re a sinner – Moyo Lawal blows hot

I’m scared of having kids, I just want to watch cartoons and enjoy myself – Moyo Lawal