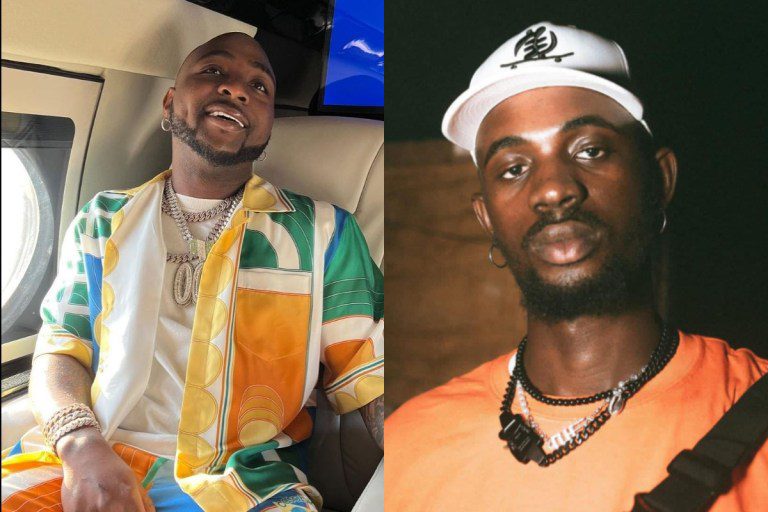 A guy from Nigeria has created a fake account in the name of Ghanaian rapper and singer Black Sherif and posted a comment under his name that could potentially bruise the massive love Nigerians have shown him in the past few days over his hit song ‘Kwaku The Traveller’ (KKT).

In the midst of fans asking Nigerian star Davido to jump on the remix of the aforementioned smash hit, the Naija tweep had falsified an Instagram story that purported to be a “reply” from Black Sherif to Davido.

When Sherif spotted the fallacy, he swiftly reacted and asked why the guy could go to that extent to tarnish his image.

Not feeling remorseful for the damage he is causing to Black Sherif, the mastermind behind the fake account whose Twitter name is Starboy Ali, later quoted Black Sherif’s tweet using the most conspicuous line in the ‘Kwaku The Traveller’ song.

“I know I fvcked up, who never fuvk up hands in the air” no hands. https://t.co/Cmsb46EY9r

In an earlier report shared by Naijabulletin.com, we said in furtherance of the euphoria shrouding Black Sherif’s ‘Kwaku The Traveller’, a popular Nigerian tweep identified as Monitoring Spirit has suggested that Davido should jump on the song to add the icing on the cake.

The song which was released by the fast Ghanaian artiste barely a fortnight ago has become the biggest song in Ghana and Nigeria and still expanding its horizon.

It’s against this background that Monitoring Spirit has imitated that the song is a big jam and to sustain its mainstream relevance, Nigerian singer Davido should hop on the remix to make it happen.