If you’re wondering who the most renowned football managers are, the 10 with the highest number of official titles is always a safe bet. Below you’ll find the 10 best football managers in the world, ranked in ascending order by the number of titles won.

Arsene Wenger’s managerial career ended with his departure from Arsenal FC in 2018. Currently serving as FIFA’s Chief of Global Football Development, Wenger was the most successful manager in Arsenal’s history.

The former football manager began his career in France before moving to the EPL’s Gunners in 1996. In the most lauded position of his career, Wenger won three EPL titles, seven FA Cups, and seven FA Charity Shield matchups with Arsenal. He is also credited as being one of the chief influences in the globalization of modern football.

Having won 10 league titles in four different European countries, Trappatoni is the only coach who has won all three major European club competitions with the same club.

Trapattoni’s tenure at Juventus led to him becoming the only coach in history to have won all official continental club competitions and the world title. Apart from his numerous managerial achievements, Trapattoni is one of the few people who, as both a player and a manager, won the European Cup, the Cup Winners’ Cup, and the Intercontinental Cup.

Josep “Pep” Guardiola is considered one of the most excellent all-around managers of all time. Manchester City’s current coach holds the record for the most consecutive league games won in three separate leagues, and was the first EPL coach to win a domestic treble.

In 2008, Guardiola was the youngest coach to win the UEFA Champions League in his first season with Barcelona. His four years at the club led to a record of 14 titles.

The Spanish manager won every season of the Bundesliga during his time at Bayern Munich. Since 2016, Guardiola and Man City have broken several domestic records, including the most in one EPL season.

Currently, the head coach for Serie A club Roma, Jose Mario Mourinho, holds several official records in football. Thanks to his stint at Chelsea FC, Mourinho has the most unbeaten at home in EPL history and the longest unbeaten home run by any manager.

From 2004 to 2007, Mourinho coached the Blues to two Premier League titles, two League Cups and one FA Cup. Following his move to AC Milan in 2008, the Portuguese manager won the club’s first UEFA Champions League trophy and a European treble. His time at Real Madrid led to him becoming one of only five coaches to have won league titles in four different countries. 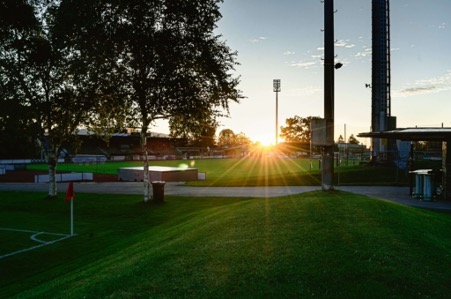 Photo by Harry Dona on Unsplash

Luis Felipe Scolari is Brazil’s most prolific football manager. Scolari has over 20 titles under his belt and a wealth of experience from more than 15 top-flight management positions around the world. From Chelsea FC to the Chinese Super League’s (CSL) Guangzhou Evergrande, Scolari is a truly world-class talent.

After winning the 2002 FIFA World Cup for Brazil, Scolari coached Portugal’s national side until 2008. In 2012 he returned to Brazil, leading them to their 2013 Confederations Cup victory. In 2015, his first season with Guangzhou Evergrande led to victory in the 2015 Chinese Super League and the 2015 AFC Champions League.

Thanks to John “Jock” Stein, Celtic FC is one of the most renowned teams in European football. From 1965 to 1978, Stein won more than 25 titles with the Celts, including nine consecutive Scottish League Championships.

Stein’s accolade-laden career began with a Scottish Cup Victory for Dunfermline in 1961. After a successful post at Hibernian, the Scotsman made the most significant move of his career when he moved to Celtic in ‘65. Under his leadership, the Celts won 10 Scottish league championships, eight Scottish Cups, six Scottish League Cups, and a European Cup.

Nicknamed ‘The General’, Ottmar Hitzfeld is a trained mathematician. One of a handful of coaches to have been named World Coach of the Year twice, Hitzfeld is one of Germany’s greatest managers in the history of football.

In 1997 Hitzfeld won the UEFA Champions League with Borussia Dortmund. In 1998, in his first year with Bayern Munich, Hitzfeld won the Bundesliga a full 15 points ahead of the closest competition.

The very next year, Bayern went on to win both the Bundesliga and the DFB-Pokal final. In his third year for the German club, Hitzfield won the league title yet again and the UEFA Champions League.

According to 2.5 million voters, Valeri Lobanovsky was one of the most influential Ukrainians of all time. His management of FC Dynamo Kiev and the USSR national team was an unmatched success and led to him being awarded the FIFA Order of Merit.

Lobanovsky won over 30 official trophies during his career. He made FC Dynamo the most formidable club in Soviet football, winning the Ukrainian League in each of his five seasons. Aside from a plethora of managerial achievements, Lobanovsky is the only coach credited as the tutor of three Ballon d’Or winners. 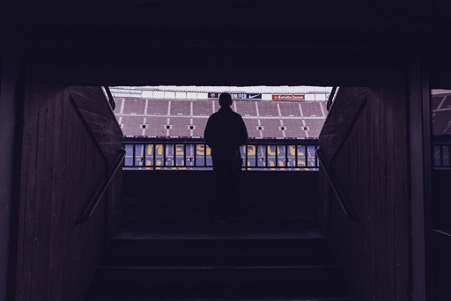 Photo by Edgar Chaparro on Unsplash

The successor to Lobanovsky’s legacy, Mircea Lucescu, has been named Romania and Ukraine’s Coach of the Year numerous times. With 37 official trophies, Lucescu is the second most-decorated manager of all time.

In 2013 the Romanian was awarded Manager of the Decade by his home country. He is one of five coaches who have experienced more than 100 UEFA Champions League games and is most well-known for his twelve years overseeing Shakhtar Donetsk. The Ukrainian club had its most successful run ever during Lucescu’s tenure.

Thirty-eight trophies with Manchester United FC make Sir Alexander Ferguson the most outstanding football manager of all time. As part of 1999’s Birthday Honour celebrations for the Queen of England, Ferguson was granted the order of knighthood for his contributions to the world of football.

Over 26 years with the Red Devils, Ferguson won 13 Premier League titles, five FA Cups, and two UEFA Champions League titles. He was also highly successful in his role at Scottish FC Aberdeen. His retirement in 2013 makes him one of a rare few to retire from football with a Premier League win in his last season.

Man City Must Be Sharper Against Liverpool – Pep Guardiola