A suspected thief got nabbed at the birthday party of Ubi Franklin and Lilian Esoro’s son and the record label executive took to his IG page to expose the face of the culprit.

Ubi posted a video showing when the culprit was being interrogated – it’s alleged that the culprit is a serial thief who has been caught stealing at two different occasions previously but was pardoned.

In the video, Ubi can be heard shouting at the suspected thief after being caught again at his son, Jayden’s 5th birthday over the weekend.

READ ALSO:  “Sanitary pad should be free while condoms should be sold” — Ubi Franklin 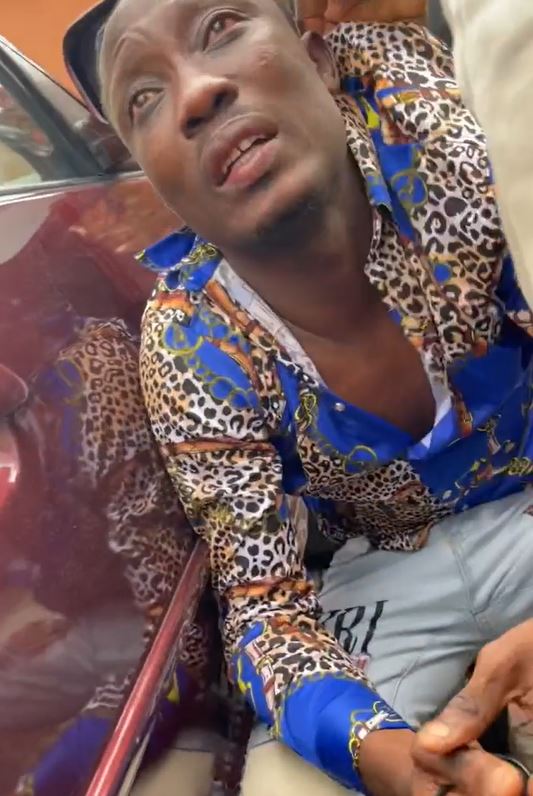 Another man is heard in the video saying that that alleged thief was caught at an event a day prior after he stole a phone, but was spared.

Someone else as well, claimed the man was caught stealing in Harvesters Church. 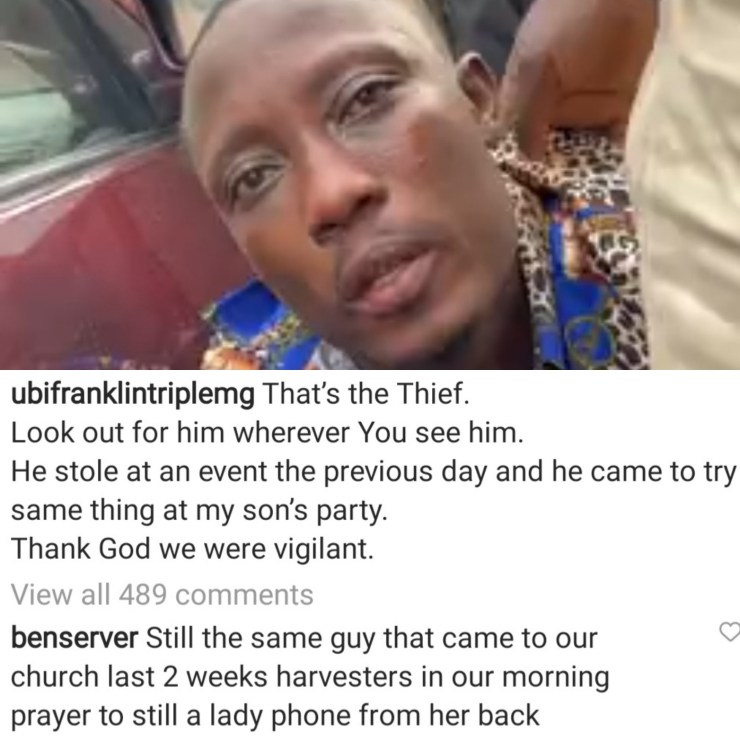 READ ALSO:  ‘Money pass money’ – Ubi Franklin reacts after he was mocked for doing the job of a videographer at Obi Cubana’s mother’s burial

That’s the Thief.
Look out for him wherever You see him.
He stole at an event the previous day and he came to try same thing at my son’s party.
Thank God we were vigilant.

‘Looking good together’ Reactions, as Ubi Franklin unites with Lilian Esoro to celebrate their son’s 5th birthday in style

Ubi Franklin Reportedly Dumped By His Girlfriend Adesuwa After Duping Him